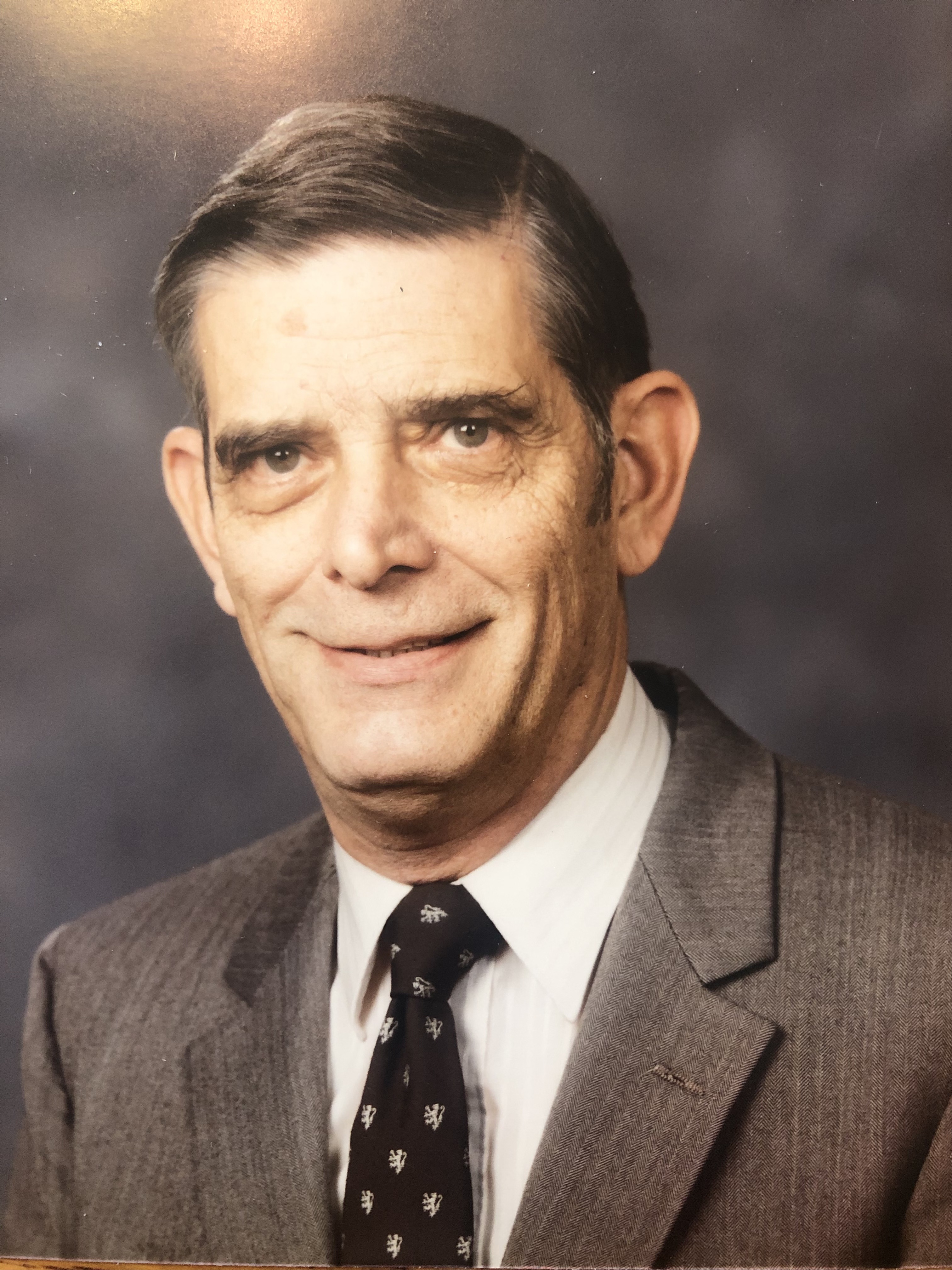 Paul Domanovsky, 97, passed away peacefully on the morning of Thursday, April 7, 2022. A longtime resident of Arlington, Paul touched the lives of his family, friends and community and had a profound impact on those around him.

The child of Samuel and Sophie Domanovsky, immigrants who had separately fled Russian religious persecution and met in America, Paul was raised with a deep and abiding faith in God and fully embraced the love and life exemplified by Christ and his teachings. Paul was born and raised in Kansas City, KS. Upon graduation from high school in 1942, he joined the Navy and served his country as a pilot in WWII. Later in the war, he was assigned to the Marine Air Corps where he attained the rank of First Lieutenant before being discharged from active duty in 1945.

That same year, Paul married Margaret Katherine “Kay” Dillon, whom he had met during her time as a link flight trainer in the WAVES. Over the next 64 years, Paul and Kay shared an enduring love of each other and an unshakable faith in God’s plan for their lives.

After the war, Paul pursued a degree in aeronautical engineering from Iowa State University and worked in the defense and aerospace industry, ultimately becoming a vice president with American Eurocopter where he led engineering for the U.S. Coast Guard helicopter.

Paul was a great mentor to the many people he and Kay served over the years through their church college ministries and as Bible Study Fellowship leaders.

There are no greater witnesses to and recipients of his love and generosity than his family. Paul was the ideal husband to his wife Kay, and an exemplary father to his three daughters, Cindy, Debi and Denise, and their spouses. He was a loving, fun and supportive “Papa” to his grandchildren and great grandchildren. He enjoyed sharing scripture and Jesus’ words with others, the lessons of history, and until just recently could still be seen in the stands, auditoriums, and on sidelines cheering and supporting his great grandchildren in dance, sports, and school performances. And even into his late 80s, he could still soundly beat his adult grandchildren in croquet and other games.

While his smile, strength, and quiet support will be missed, his spirit remains and his family and friends can find joy in the fact that he lived life fully and found satisfaction, not from his many accomplishments or accolades, but from the service he so faithfully rendered his God, family, country, friends, and the community.

Paul was preceded in death by his wife, Kay; his parents, Samuel and Sophie Domanovsky; siblings Vera, Nadine, Pete, and Lydia; and daughter Debi Barker. He is survived by his daughters and their spouses, Cindy and Mike O’Brien and Denise and Jim Muir; and by 13 grandchildren, 20 great grandchildren, and numerous nieces and nephews.

In lieu of flowers, the family asks that you consider donating to the UTA Baptist Student Ministry (utabsm.com/donate ) or Joni and Friends disability ministry.