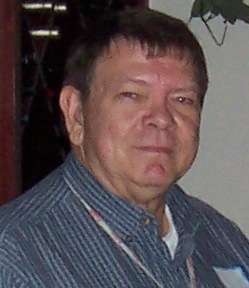 GRAND PRAIRIE -- Jimmy Micheal Taylor, 69, of Grand Prairie, passed away on Sunday, December 23, 2012. Funeral: 11:00 a.m. Thursday at North Davis Church of Christ, 1601 North Davis Drive, Arlington with Dr. Doug Peters officiating. Graveside: 3:00 p.m. Valley View Cemetery, Cooke County. Visitation: One hour prior to service at the church. Memorials: In lieu of flowers, memorials may be made to either Hearts and Hands Food Pantry or the Corinthian Benevolent Fund c/o 1601 N. Davis Drive, Arlington, 76012. Jim was born on January 9, 1943 in Mineola to Wesley Taylor and Minnie Dowdy Taylor. He served in the National Guard and studied at the University of Texas and the University of North Texas. Jim worked as a computer programmer for many years for American Airlines and Hewlett Packard. He was a member of North Davis Church of Christ, served on the Board of Turnpike Christian School, and was a Boy Scout leader. He and his wife celebrated their 40th wedding anniversary earlier this month. He is preceded in death by his parents; brother, Wesley Taylor; and sister, Dorene Jobst. Survivors: Wife, Nancy; children, Matt, Nathanael and wife, Catherine, and Justin; brother, Joe; grandchildren, Eli and Michael.