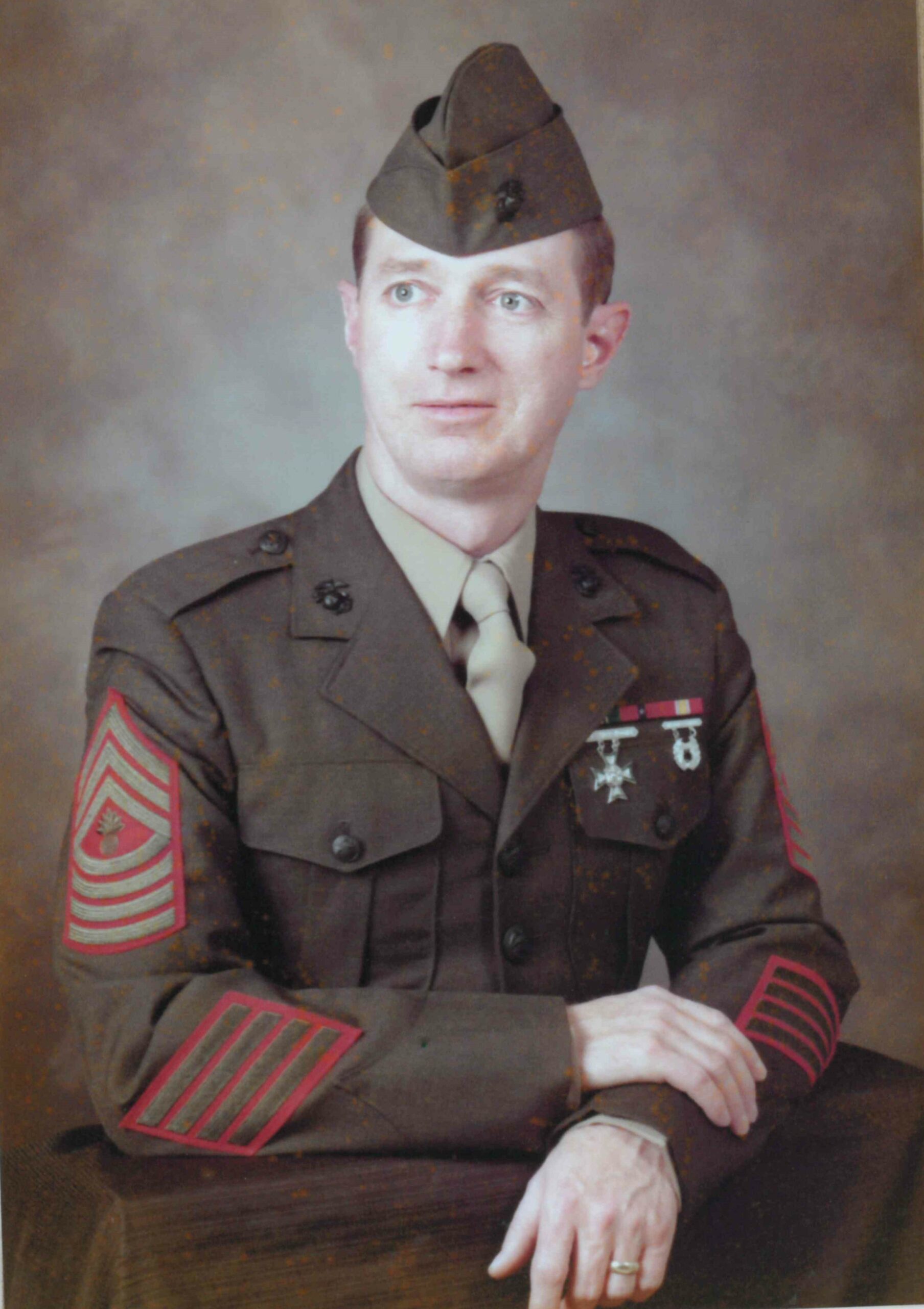 Master Gunnery Sergeant Winston McKay (Marty) Martin, United States Marine Corps Retired, passed away from ALS (Lou Gehrig’s Disease) on Friday 11 March 2022 at the age of 79. He was born 2 May 1942 in Richmond, Virginia and his parents moved to Arlington, Virginia when he was 6 months old. He graduated from Washington-Lee High School in Arlington, Virginia and attended Louisburg College in Louisburg, North Carolina. He joined the United States Marine Corps in October 1961 and retired after a 20-year career in October 1981. After retiring from the Marine Corps, he went on to have another 27-year career with IBM in Dallas, Texas as an Account Customer Engineer retiring 31 October 2008. After retirement, Winston enjoyed traveling, gardening, and his greatest joy was spending time and planting flowers with his granddaughter Mary McKay.
He was preceded in death by his parents L. Howard and Mary McKay Martin. He is survived by his wife of 53 years Jimmie E. (Tolbert) Martin. Two sons, Drew McKay Martin his wife Lindsay and their daughter Mary McKay Martin. Son David Dunn Martin his wife Kimberly and daughter Olivia. Two brothers Luther H. Martin of Burlington, Vermont, William (Bill) A. Martin and his wife Kathy of Yonkers, New York. His sister-in-law Wanda Rogers and her husband Jack of Arlington, Texas. 4 nieces, 2 nephews, 4 great nieces, and three great nephews.
Visitation will be 1 April 2022 from 6:00 pm to 8:00 pm at Wade Funeral Home, 4140 W. Pioneer Parkway, Arlington, Texas 76013.
Burial will be private.
In lieu of flowers, memorials may be made to:
Marine Corps Heritage Foundation
18900 Patriot Hwy, Triangle, VA 22172
www.marineheritage.org

Or the charity of your choice.