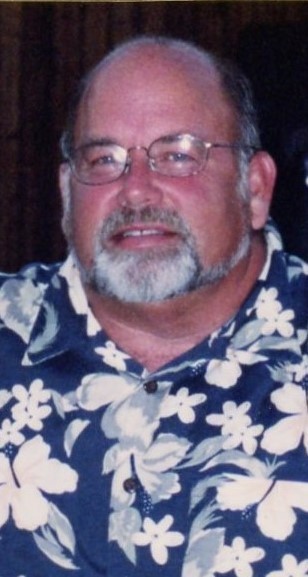 William “Bill” Chapman, 68, passed away on May 26, 2021 in Fort Worth, Texas. He was born on May 22, 1953 in Sherman, Texas to Edward and Mamie Chapman. A memorial service will be held on at 6:30 pm on Wednesday, June 2, 2021 at Epworth United Methodist Church. Bill Chapman filled many roles during his life, including business owner, contractor, political enthusiast, and hobbyist, but the roles he relished the most and excelled in were as husband, father, and grandfather. His dedication to his family was taught to him by his parents and he passed those same traits to his own children. He supported the education of his children and was a loyal and vocal fan of their athletic activities, ever-present at their games, often with a video camera to record the events. The example he set as a devoted family man will continue through his children and grandchildren. In his high school years, he was a decorated member of the Arlington High School football team. His love of football lasted his entire life. He could always be found on Sundays in the fall watching the Dallas Cowboys games. Bill had two successful careers, first as the owner and operator of Chapman Pools where he designed and built custom swimming pools in the DFW metroplex. In the 1990s he switched gears and founded Chapman Propane, a service and supply company in Tarrant County that is still family operated to this day. His hard work in establishing and maintaining these businesses earned him the admiration of his family and friends and is a major part of the legacy he leaves behind. Bill spent his time away from work as an avid hobbyist, immersing himself in activities like water skiing at the Brazos River, riding off-road vehicles in Muenster, TX, building and racing RC cars, travelling the United States in his RV, and target shooting. He was always keen to include his family in these activities. He was a loving dog owner and in his later years was particularly devoted to Annie, his loyal Blue Heeler. Bill also kept up with current events and was well known for his interest in conservative politics and Fox News. He is survived by his loving wife of 37 years, Stacy Chapman; sons, Chad Crudup, Dr. Travis Crudup and wife Melinda, and Chance Chapman and wife Alexandra; daughter, Katy Trick and husband Philip; grandchildren, Sophia Crudup, Logan Crudup, Zibby Trick, and Imogene arriving in July; sister, Sarah Cantrell and husband Steve; sister-in-law, Susan Peach and husband Pete. Bill is preceded in death by his parents and a precious granddaughter, Roxy Trick.