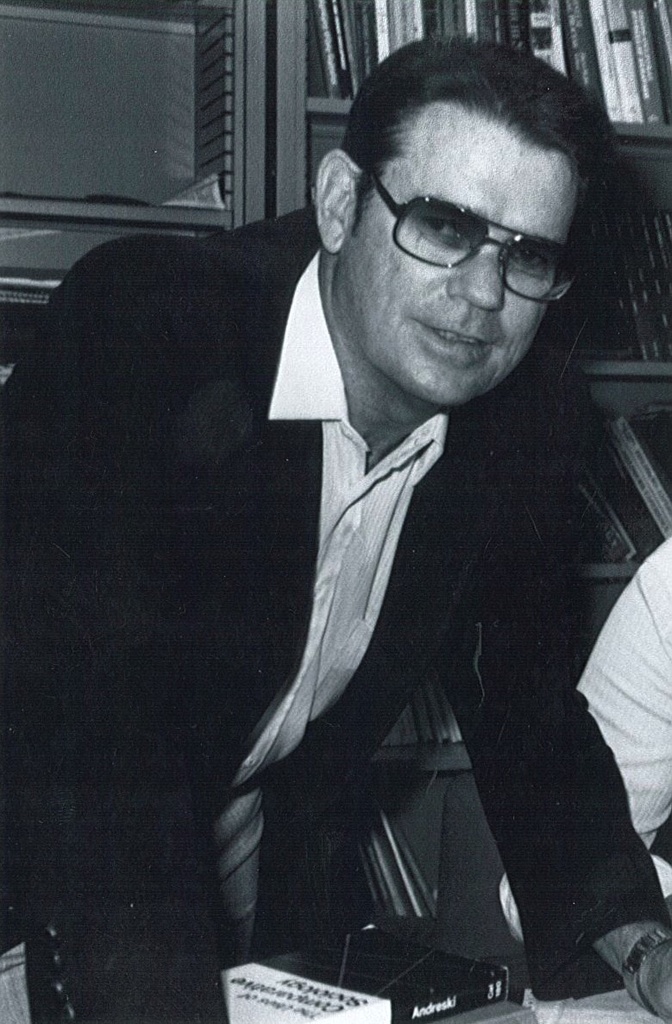 ARLINGTON -- Dr. William A. "Bill" Stacey, 79, professor emeritus at the University of Texas at Arlington, passed away Thursday, March 6, 2014, after a brief illness. Funeral: 1 p.m. Thursday, March 20, at Wade Family Funeral Home, 4140 W. Pioneer Parkway, Arlington, with the Rev. Bobby Bridges officiating. Inurnment: at a later date in Dallas-Fort Worth National Cemetery, Dallas. Visitation: Noon to 1 p.m. Thursday at the funeral home. Bill was born in Indianola, Miss., on Jan. 26, 1935, to Frank H. and Fannie Red Stacey. He received his bachelor's and master's degrees from Mississippi State University and his doctorate from Florida State University. His love of teaching brought him in 1974 to the University of Texas at Arlington where he became director for the Center of Social Research. He was preceded in death by his parents; his son, William Mitchell Stacey; his sister, Louise; and his brother, Gerald "Jerry." Survivors: Daughter, Deborah Lynn "Debbie" Duncan; grandchildren, Ryan Mitchell Stacey and William Paul “Billy” Duncan; sister, Edna Hultz and her husband, Bob; several nieces and nephews; and many friends and colleagues. He will be missed by all of us. Wade Family Funeral Home Arlington, 817-274-9233