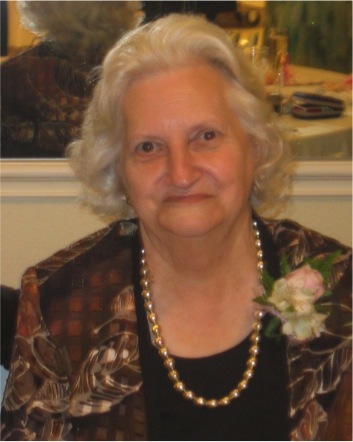 Vivian Clara Johnson, 86, went to be with the Lord on Thursday, August 30, 2018 in Arlington, Texas. Services: Visitation at 1:00 p.m., followed by funeral at 2:00 p.m., Sunday, September 2, 2018 at Wade Family Funeral Home, Arlington with The Reverend George Newcomb officiating. Interment: Monday, September 3, 2018 at 10:30 a.m., Dallas-Fort Worth National Cemetery, Dallas, Texas. Memorial: Donations may be made to St. Jude Children's Research Hospital. Vivian was born September 20, 1931, in Alamogordo, New Mexico to Myrtle Hyde Bays and Arch Bays. Vivian was married to Edward Eugene Johnson in Springfield, Oregon on September 5, 1948. They were married 62 years until his passing on November 21, 2010. She worked for many years as a server and cook for local restaurants in Springfield, Eugene and Brownsville, Oregon. They moved to Springtown, Texas in 1985 and in 2001 to Arlington, Texas until their deaths. She loved the Lord, and would sing “Count Your Blessings” when she wanted to remind herself or others of the many blessings God has provided. She was preceded in death, by her husband, Ed; her daughter, Jennifer Norland; her parents, Mr. & Mrs. Arch Bays; and two sisters, Sandra Sorenson and Shirley Eason. Survivors: Sons, Michael Johnson and wife, Tonya of Springfield, Oregon, Steven Johnson and wife, Sharie of Arlington, Texas, Wayne Johnson of Venus, Texas; and son-in-law, John Norland of California; daughters, Teresa Wagnon and husband, Jim of Keller, Texas, and Deanna Johnson of Arlington, Texas; brother, Richard Bays of Springfield, Oregon; and brother-in-law, David Johnson and wife, Cary of Nevada; 14 grandchildren; and 11 great-grandchildren. Wade Family Funeral Home (817) 274-9233