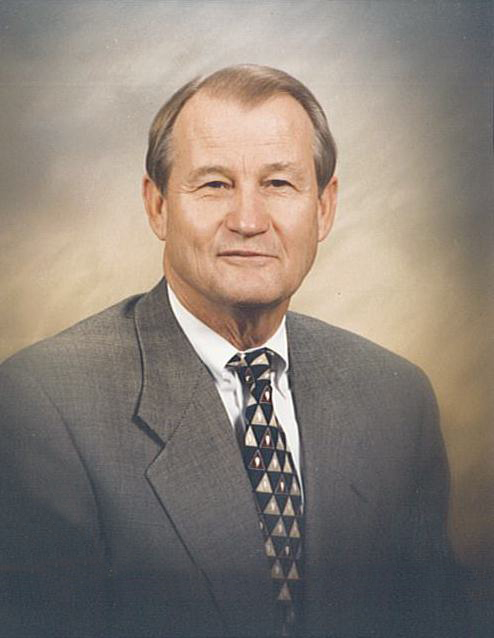 ARLINGTON -- Tom Hoskins, 71, retired department store executive and head of the Dunlap Co. retail chain, real estate investor, author and pundit, died Saturday, March 26, 2016, from complications of multiple myeloma and leukemia, or what he liked to call “the nuisance.” Memorial Service: 11:00 a.m. Friday at First United Methodist Church, 313 N. Center St., Arlington, Texas 76011 with Dr. Davis Mosser officiating. Memorials: In lieu of flowers, donations may be made to First United Methodist Church or a charity of your choice. Tom was born May 27, 1944 in the back room of his family's farm house near Post, to Jack and Billie Hoskins. The third of six children, Tom was raised on a dry land cotton farm, where he learned the lessons that hard work like hoeing and picking cotton, milking cows and driving tractors, taught. Tom was fond of telling stories of his upbringing and how his West Texas heritage shaped him into the man and businessman he became. (He liked to say that it was hard to be dishonest in West Texas because there aren't a lot of trees to hide behind.) He still owns the family farm. He attended school in New Moore and O'Donnell, and graduated valedictorian from O'Donnell High School. He earned a business degree in 1966 from Texas Tech University. In 1963, during his sophomore year in college, Tom liked to say he married up when his high school sweetheart, Janice Clayton, agreed to become his wife. They raised two daughters. While in college, Tom worked at Dunlap's Department Store in Lubbock. When he graduated he joined Dunlap fulltime, starting out as a store clerk. He spent 38 years with Dunlap, working for years at their store in Midland. Eventually he was named president of the privately-held company in 1993, and moved to Arlington. Tom loved to talk about his days as a “rag merchant.” One of his philosophies of life grew out of that time, which was you should always have a “short lease and not a lot of fixtures.” At the time of his retirement in 2000, Fort Worth-based Dunlap Co., parent company of the local Stripling & Cox stores, had grown to more than 60 stores operating under 22 different names in Texas and in 11 other states. It had about 2,500 employees. Tom opened an investment office in Arlington to oversee his real estate, banking and farming interests. Hoskins owns and farms nearly 2,000 acres of land in West Texas. Tom was diagnosed with multiple myeloma about five years ago. He beat the cancer, only to have it return in the form of leukemia. Tom was generous, full of humor and always believed in putting one's best foot forward. Tom had many interests and hobbies. He founded, and served as president for several years, the '54 Ford Club of America. The organization grew to several hundred members nationwide. Tom was well-known for this “points of light,” witty sayings based on his life's experience. He shared so many of them with friends that he authored three books he titled Hoskilonians. Among his bits of wisdom, some so earthy they can't be repeated here, were: “Keep your eggs in at least five baskets;” “A man is rich in propotion to what he can do without;” “The will to fight is the antidote to despair,” and “Old age is a massacre.” Tom was a devout member of First United Methodist Church in Arlington and a proud member and president of the Lamplighter Sunday School Class. He also served on the boards of the United Way of Tarrant County, Big Brothers Big Sister of Tarrant County, Multiple Sclerosis Society Fort Worth, Texas Retailers Association, Arlington Chamber of Commerce, Harris Methodist Hospital Board and president of the Rotary Club of Arlington. We are going to miss Tom, who was a larger-than-life person in many of our lives. At the end of Hoskilonians he writes that a man in his sixties “regrets some things, and wishes he had shown more compassion and love and care. He wishes he had listened more and talked less. He wishes he had told more people that he loved them.” He didn't need to worry about that, but it is still a lesson worth remembering. He was preceded in death by his son, Thomas Brian Hoskins in 1966; parents, Jackson Leigh Hoskins and Billie Katherine Brandon Hoskins; and mother and father-in-law, Jessie and Wayne Clayton. Survivors: Wife, Janice; daughters, Laurie Carol Nipp and her husband Carriel, of Raleigh, N.C., Julia Schlitt of Austin; five grandchildren, Carriel Taylor, Jessica Katherine and Grace Elizabeth Nipp, and John Jackson and Adele Catherine Schlitt; brothers Jack, Joseph and Chuck, and sisters, Margaret McCullough and Judy Freeman, several nieces and nephews, cousins and a multitude of friends. Wade Family Funeral Home Arlington, 817-274-9233