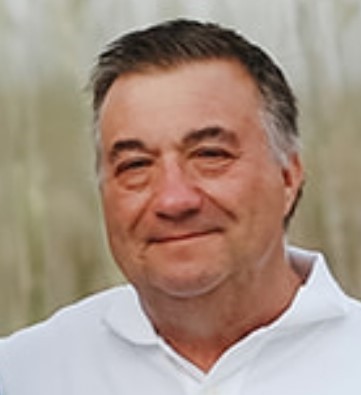 Tim Jamieson was born on September 21, 1958 in Longview, Texas, to Jack Jamieson and Eva Newberry Jamieson.
Tim graduated from Longview High School in 1977. Tim met the love of his life and best friend, Lisa Holmes, on the tennis courts at Longview High School. Tim and Lisa went to Texas A&M University where Tim earned his Bachelor of Business Administration and Masters of Business Administration. Tim had a long career in banking before retiring. After retiring, Tim stayed busy spending time with and spoiling his daughters and granddaughter, caring for his mom, entertaining friends and doing volunteer work.

Tim and Lisa were married on August 15, 1981 in Longview, Texas. They had three daughters which Tim turned into competitive athletes since he did not have that boy! Tim loved watching his girls play sports, especially soccer. He cherished the lasting friends he made during those soccer days.

Tim was best known for his outgoing personality and the way he cared about so many. To Lisa’s annoyance at times, Tim never met a stranger and made friends wherever they were. Tim enjoyed golfing and family vacations at their condo in Hilton Head. However, Tim’s love was watching Aggie athletics, especially football. Tim also loved the Cowboys. In fact, Tim liked watching sports of any kind.

The service for Timothy Jamieson will be held on April 23rd, at 11:00 a.m. at Trinity United Methodist Church, Green Oaks Blvd., Arlington, Texas.

In lieu of flowers, donation can be made to Advocates for Special People in Arlington advocatesforspecialpeople.org ; Alzheimer’s Association of North Central Texas and Trinity United Methodist Church.

The family greatly appreciates donations made to these charities in Timothy John Jamieson 's name.