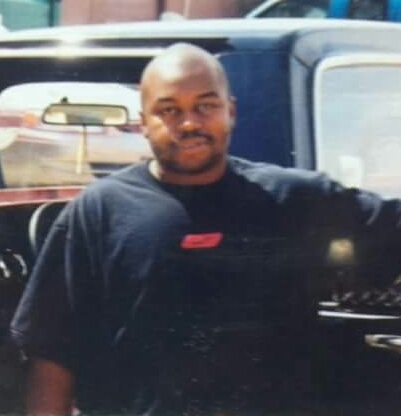 Timothy Morton, of Greenwood, SC, left to be with the lord on Thursday, April 23, 2015 in his home in Mansfield, TX after a short fight against lung cancer. Born the youngest of 12 children in Greenwood, S.C, April 4, 1968, to James and the late Georgia Mae Morton, Tim was an excellent student; He graduated from Greenwood High School in 1986. Tim then went into the U.S. Army where he met his wife of 23 years Marie. Tim went on to fight for the country in Operation Desert Storm. Tim separated from service in 1996. After leaving the service Tim and Marie along with their 2 children moved to Arlington, TX where they resided for 8 years prior to moving to Mansfield, Tx where they now reside. Tim loved to fish, work on vehicles and of course play with his grandchildren. Tim was a strong believer in family and was an avid family man. There's nothing he wouldn't do for anyone. He was preceded in death by his mother, Georgia Mae Price Morton. Survivors: Wife of 23 years, Marie Greene Morton; daughters, Antoinette Edwards Walton and husband, Kris, and Tarah Miller; father, James Wesley Morton; mother-in-law, Pearlene Greene; brothers, James Price and wife, Sheila, Charles Morton, Bernard Morton and wife, Thelma, and Ervine Morton; sisters, Bertha White and husband Donald, Rosa Morton-Harris, Diane Carter and husband, Kenneth, Cathy Morton, Sylvia Cunningham and husband, Clement; grandchildren, Ajani, Zyaire, Aniyah and Kayeence.