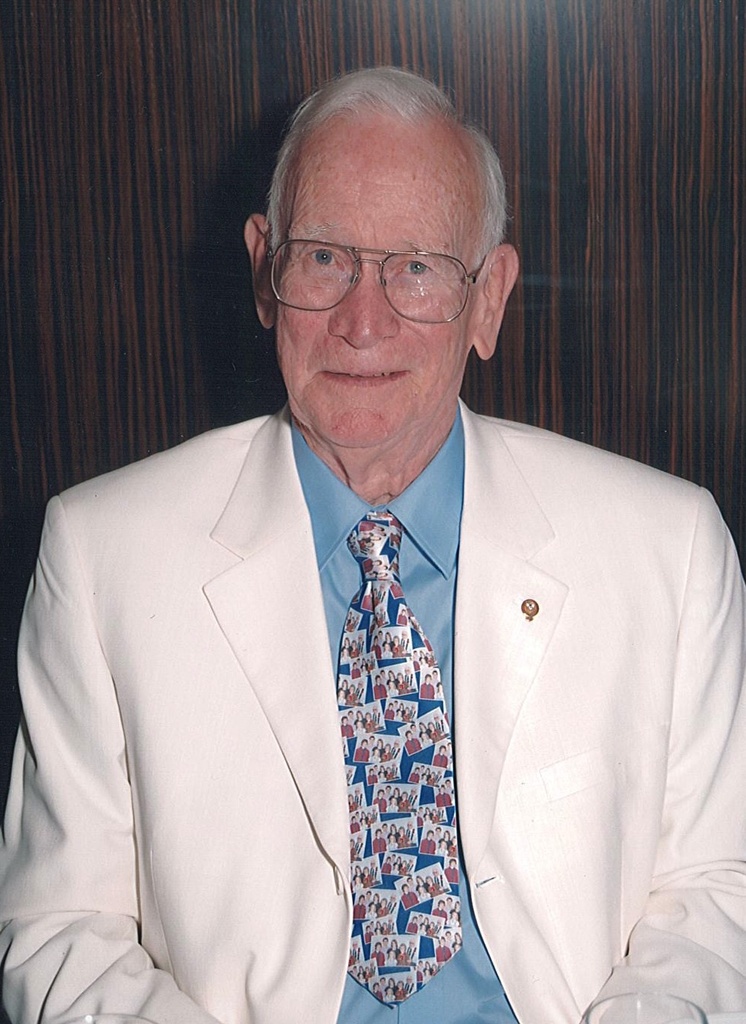 ARLINGTON -- Thomas Robert Hellier Jr., 84, passed away Sunday, Dec. 1, 2013, in Fort Worth. Funeral: 1 p.m. Wednesday at Wade Family Funeral Home, 4140 W. Pioneer Parkway, Arlington. Interment: Parkdale Cemetery, Arlington. Visitation: The family will receive friends 6 to 8 p.m. Tuesday at the funeral home. Memorials: In lieu of flowers, the family asks those who are interested to make contributions to the Dr. Thomas R. Jr. and Mrs. Evelyn F. Hellier Biology Scholarship Fund at the University of Texas at Arlington, Box 19047, Arlington, Texas 76019. Donations may also be made in his name to the Alzheimer's Association, www.alz.org. Tom was born in Ft. Pierce, Fla., on Dec. 24, 1928, to Tommy and Sybil Hellier and grew up in Jensen Beach, Fla. He served in the Air Force from 1948 to 1952. While stationed at the newly opened air base in Wichita, Kan., he met and married the love of his life, Evelyn Farris and celebrated 61 years of marriage to his "honeychile" on June 8. Tom and Evelyn raised three children, Clark, Lisa and Jana. As a couple, they enjoyed traveling throughout the U.S., as well as 85 countries, visiting all seven continents. Dr. Hellier was a professor of biology (ichthyology) at the University of Texas at Arlington for almost 50 years, retiring in 2006. He received his B.A. and M.S. from the University of Florida and his Ph.D. from the University of Texas. Tom was very active at UTA, developing various courses, publishing research, serving on committees and sponsoring numerous student organizations. He also used his environmental expertise to assist the city of Arlington, the construction of Seven Seas, the North Texas Council of Governments, U.S. Corps of Engineers and the Longhorn Boy Scout Council. Tom was appointed to the National Academy of Sciences to review EPA grants during the 1970s and 1980s. Professionally he was a lifelong member of Phi Sigma, the biological honor society, and founded UTA's chapter in 1976. He was instrumental in laying the groundwork for the TXU Environmental Research Steering Committee and has a graduate studies room named for him at UTA. Outside his professional career, he was very active in the Boy Scouts of America. Tom served as a scoutmaster for many years, for both local troops and the Wood Badge Adult Training Course. During his many years volunteering with BSA, Tom worked with every committee at the district level in the Longhorn Council, and was awarded the Silver Beaver in 1970. Tom, his son and grandson, all Eagle Scouts, were grand marshals of the Arlington Fourth of July Parade in 2010. He was also active at St. Alban's Episcopal Church, serving as senior warden, lay reader and on the church's school board for 25 years. He was awarded the St. George Award for his service to the youth of St. Alban's. Education was the driving force for Tom Hellier, whether he was teaching his students, the youth in our community or his own family. Understanding the natural world and being a good steward of God's creation permeated every aspect of his life. Tom was preceded in death by his parents and his sister, Mary Ann. Survivors: Wife, Evelyn; children, Clark and Beth Hellier of Arlington, Lisa and Richard Lee of Brock and Jana and Tom Dolbear of Austin. He is also survived by his beloved grandchildren, Kyle Hellier and wife, Elise, Miranda Lee, Colin Hellier and Cara Dolbear; three nieces; and many friends and colleagues. Wade Family Funeral Home Arlington, 817-274-9233