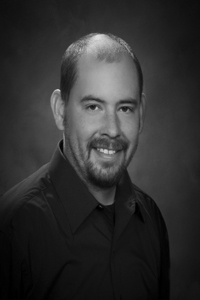 FORT WORTH -- Thomas Lee Healer, 38, passed away on Saturday, June 22, 2013, at his home in Fort Worth. He has now found peace. Funeral: 10 a.m. Thursday at Wade Family Funeral Home Chapel, 4140 W. Pioneer Parkway, Arlington, with Rev. Don Henderson and Rev. Brenda Beaver officiating. Interment: Moore Memorial Gardens, Arlington. Memorials: In lieu of flowers, the family requests memorials be made to a special account at Chase Bank benefiting his daughters, Rachel and Hayden Healer, Acct. #2965581083. Lee, the son of Charles and Connie Healer, was born May 30, 1975, in Arlington. As he grew, he developed a love for hunting and the outdoors with his dad and grandfathers. He also became a skilled soccer player while in elementary school and continued playing club and varsity soccer throughout high school. He played saxaphone in the Colt Band and served as a People to People Student Ambassador. He graduated from Arlington High School in 1993 and then attended UTA studying criminal justice. On May 5, 2006, Lee married Kristin Tinkler and was a loving, and involved father to their precious two daughters, Rachel and Hayden. A sports enthusiast, Lee and his family enjoyed attending Ranger and Maverick games. He was employed in his field of interest by Allred Protective Services in Dallas. Lee was preceded in death by his father, Charles Healer of Arlington, on Jan. 1, 1997; maternal grandfather, Don Lee of Arlington; and paternal grandparents, Alphaleta and Leo Healer of Lubbock. Survivors: Beloved wife, Kristin; daughters, Rachel and Hayden; mother, Connie Healer; grandmother, Elayne Lee; sister, Shana Healer; and a large and loving extended family.