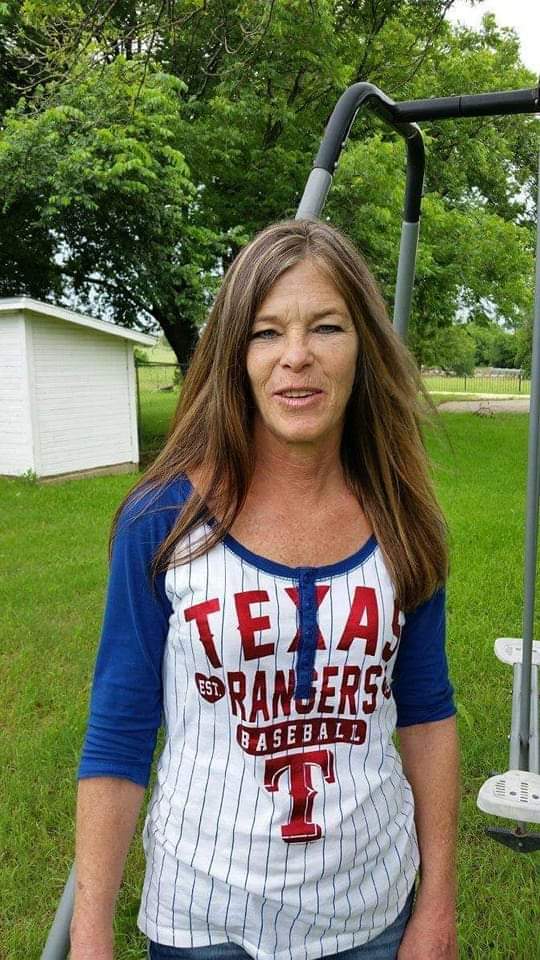 Terri was born on August 31, 1956 in Fort Worth, Tx to Thomas Walker and Al’Nella Walker. Terri graduated from Lamar High School and went on to work at the Dallas Playboy Club. She married Mike Nanny of Arlington, Tx. They had 3 children, Travis, Dustin, and Jessica then moved to Midlothian, Texas. In Midlothian Terri raised her kids and all of her kid’s friends. She was always the mom that everyone could count on. She lived for her kids and grandkids. After the kids grew up she moved to Arlington and worked at Silverleaf Resorts selling timeshare for many years. At Silverleaf she was known by all as Ms. Terri. On breaks she would be found sitting outside chatting it up with all of her co-workers and sometimes in her car listening to music. She recently retired and enjoyed spoiling her grandkids. Her favorite things were to teach the grandkids how to float in the pool on their backs, listen to them read, and play them in card games. She made sure they knew how to handle losing no matter how young they were.

Terri will be deeply missed by all and her spirit lives on in her children and grandchildren.

She was preceded in death by her father Thomas Walker and mother Al’Nella Walker.

Memorial Services will be held at Wade Funeral Home and Crematory 4140 West Pioneer Pkwy. Arlington, Texas 76013 on Saturday September 10, 2022 at 2:00pm. If sending flowers please have them delivered to the same location for the service.