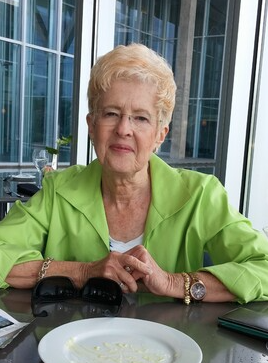 MEMORIAL SERVICE: October 8 at 10:00 AM at Wade Funeral Home, 4140 W. Pioneer Parkway. Interment will be at Dallas/Fort Worth National Cemetery.

Wanda was born in Pulaski, Tennessee to Wilma Cobb Hardy and Clyde Hardy. She was a graduate of Giles County High School, Martin College, and Tennessee Technological University. She received a Master’s from Vanderbilt University.

After teaching in Nashville for a few years, she applied for and got a job with the Department of Defense. She was sent to Mannheim, Germany where she taught in a high school for military dependants. While in Germany she met Lt. Mike Darnall. After a whirlwind courtship, they married. Their oldest daughter Annamarie was born in Germany.

After coming back to the states, they lived first in Grand Prairie, TX where a second daughter Alicia was born. Later they moved to Arlington, where they lived for many years. She worked as a teacher for the Grand Prairie ISD for several years.

Wanda was very busy during retirement. She and Mike were members of First United Methodist Church of Arlington. They were both active members of the Samaritan Class. She was a member of the Arlington Woman’s Club,
the Suburban Club, and Encore. For many years she enjoyed volunteering at Arlington Memorial Hospital. She always said she received so much more than she gave by working there. She was also a volunteer with the RIF program. She enjoyed playing bridge, Mah Jongg, and canasta. She was a huge Ranger fan and Cowboys fan until her passing. She believed it was important to never stop learning. The most important things in her life were her faith, her family, and her friends.