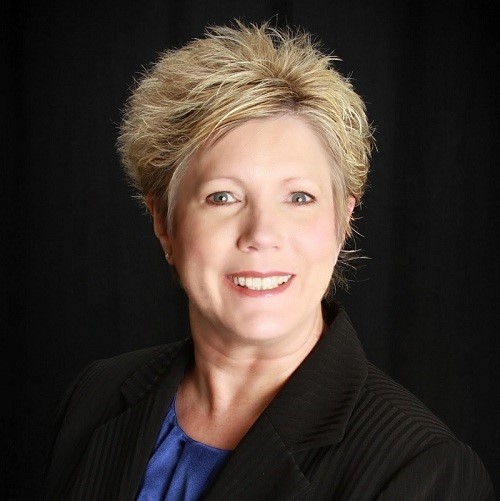 Shelley Lynn Latimer Buehrer, a registered nurse with nearly 40 years of health care service in Texas, died Thursday after a courageous, grace filled, six-year battle with ALS.
Shelley was born February 24, 1957, in Gardena, California to Richard Bailey Latimer and Mary Don Wade.
Shelley attended Joshua Circle Elementary School and Hesperia Junior High in Hesperia California. She attended Andrews Junior High in Andrews, Texas for one year before returning to California to attend Apple Valley High School in Apple Valley, California.
After graduating, she packed her car and headed back to Texas to attend nursing school at Odessa College. Upon graduation from nursing school in May 1977 she married John Allbright. Shelley and John moved to San Angelo, Texas in 1978, where Shelley began her nursing career at Shannon Memorial Hospital and John attended Angelo State University from 1978 to 1981. While living in San Angelo Shelley and John welcomed the arrival of their sons, Andrew (1978) and Michael (1981).
Shelley lived in Levelland (1981-1988), Andrews (1988-1997), and Odessa (1998-2001), serving those communities in a variety of nursing capacities. Shelley and John divorced in 1996. In 2001 Shelley moved to the DFW metroplex where she met and married Fred Buehrer in 2002. From 2003 to 2016, Shelley served the community as a lactation consultant, helping numerous mothers and newborns, at Texas Health Resources HEB hospital in Bedford. Due to the onset of ALS in early 2016, Shelley was forced to retire. Due to her wonderful patients and co-workers, she truly loved this position and missed it dearly.
During her brave six-year battle with ALS, Shelley continued to maintain relationships with friends and former colleagues, being an inspiration to them all as she battled this debilitating disease.
For many years, prior to falling ill, Shelley enjoyed volunteering with the Pathways Core Training programs and Great Dane Rescue of North Texas.
Shelley was preceded in death by, her parents, Richard and Mary Latimer, her brother Steve Latimer, and her former husband John Allbright.
Shelley is survived by her husband, Fred Buehrer; son, Andrew Allbright, (Julie); son, Michael Allbright (Kimberly), brother, Richard Latimer (Betty); stepdaughter, Krista Buehrer; stepson, Michael Buehrer; stepson, Grant Buehrer; grandchildren, Hannah, Abigail, Jayden and Troy; and many nieces and nephews.
She will be missed dearly by all who knew her.
The memorial service for Shelley Latimer Buehrer will be held on March 12, 2022, at 10:00 a.m. at Wade Family Funeral Home, 4140 W. Pioneer Parkway, Arlington.
In lieu of flowers, donations can be made to The ALS Association.