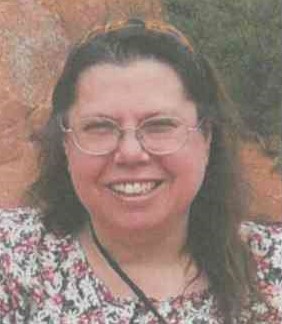 Born in: Tucson, Arizona
Resided in: Fort Worth, Texas

It is with deep sorrow and great love that we mourn the passing of Scarlett Louise Schendel Chambers at the early age of 56. She was called home to join our Heavenly Father on February 11, 2022. Failing health took her from this world but she will remain in our hearts forever.
Scarlett grew up in Townsend, Montana. She attended Broadwater County High School, where she studied speech, drama and was a member of the Honor Society. After graduating in May of 1983, she worked at Bill’s Diner in Townsend. Then it was off to Montana State University in Bozeman, Montana, where she graduated with a Bachelor of Arts in Political Science in August of 1988. During her summers she worked at Yellowstone National Park, becoming the cheesecake baker for the restaurants. Following her career choice, she went to The University of Montana in Missoula, Montana, where in June of 1991 she graduated with a PhD Degree of Juris Doctor. Then in October of 1991 the State Bar of Montana admitted her to practice law.
After completing her degrees, Scarlett worked the next two years for Judge Ron McPhillips of the Montana 9th Judicial District covering Teton, Toole, Panders & Glacier counties. She wrote all the Judges court briefs for his cases. Of all the briefs Scarlett wrote, the Judge only made corrections to two of them.
Her internship with Judge McPhillips led her on a path to working as an attorney for Legal Aid of Montana, where she was a “Circuit Attorney”. Each week she would drive the circuit through Montana, representing clients in their court cases.
Scarlett liked working for Legal Aid of Montana, but decided she had enough of the cold weather and snow in Montana, so she packed her bags and moved to Texas. In November of 1996, she passed the Texas State Bar and went to work for Legal Aid of Northwest Texas; Fort Worth, Texas. In 2005 she was certified to practice before the Supreme Court of Texas.
In 2004, Scarlett met her husband, Joseph Chambers. She struggled many years with Multiple Sclerosis and worried that being in a wheelchair would hinder their relationship. Joseph just turned to Scarlett and told her, “Wherever I can go, you can go.” They hit it off and it wasn’t long before she was visiting with him every day. It didn’t take long for them to fall deeply in love. They were married on August 17, 2012.
Joseph shared with Scarlett all the things she never dreamed of doing, riding motorcycles, visiting Yellowstone Park, white water rafting, seeing all of Carlsbad Caverns, several national parks, helicopter flying into the Grand Canyon and old western towns throughout central America.
Scarlett leaves behind her beloved husband, Joseph Chambers; Mother, Mary Schendel; Mother-in-law, Genie Chambers; Sisters, Bethany Lucking and Nora Waldow; Nephews, Tanner Lucking, Jonathan Waldow Jr., Walter Waldow, Matthew Waldow; Niece, Trennan Lucking; Brother-in-law, Jonathan Waldow Sr. and many Uncles, Aunts and Cousins in Townsend, Montana and White Sulphur Springs, Montana.
Scarlett’s Memorial will be held on Friday, April 1, 2022 at the Handley Meadowbrook Lion’s Club from 6 to 9 p.m. 6013 Craig St. Fort Worth, Texas 76112.