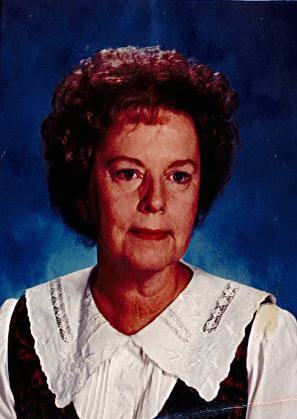 ARLINGTON -- Sammye Lou Clark, 75, passed away on September 29, 2015. Memorial service: 2:00 p.m. Wednesday at Wade Family Funeral Home, 4140 West Pioneer Parkway in Arlington. In lieu of flowers, donations may be made to the Key Elementary Library Fund, Attn: Holly Lang, 3621 Roosevelt Dr., Arlington, TX 76016. Sammye was born on January 10, 1940, in Little Rock, Arkansas. She was the youngest daughter of Ben and Edna Price. After graduating from Bentonville High School in 1957, Sammye attended the University of Arkansas and graduated with a Bachelor of Science Degree in Education. She was a member of Delta Gamma sorority and the University of Arkansas Alumni Association. Married 51 years to Billy Gerald Clark, Sammye and her husband lived in Arlington for 40 years where she was a member of the First Christian Church. As an educator who loved children, Sammye touched the lives of many while teaching elementary school in Gentry, Arkansas, Tulsa, Oklahoma and at Key Elementary in Arlington. Her hobbies included traveling, reading, playing bridge and canasta. Her greatest joy came from spending time with her family and close friends. She will be remembered by those who knew her as a loving and generous wife, mother, grandmother and friend. She is survived by her husband, Bill Clark: daughter, Melanie Lane and son-in-law Greg Lane; son, Chuck Clark; and grandchildren Conner Clark, Carsen Clark and Ethan Lane. She is preceded in death by her father, Ben Burks Price; mother, Edna M. Price; and sister, Virginia Price.