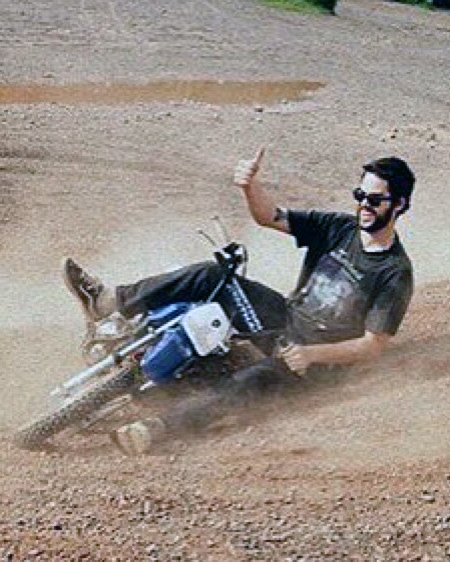 Ryk VanRavenswaay, II, born on March 19, 1990, passed away on Saturday, May 5, 2018. Celebration of Life: 1:00 p.m., Saturday, May 12, at Wade Family Funeral Home, 4140 W. Pioneer Parkway, Arlington. A reception will follow the service at another location. Memorials: In lieu of flowers, a memorial fund in Ryk's name will be set up. Please contact the family for further details. Nealy VanRavenswaay, the princess-bride of the hero in our story, is bereaved of the most badass person the universe has ever known, who died while slaying multi-headed dragons in his sleep. He will be the guardian of his father, Scott VanRavenswaay, and his wife Mary; his mother, Rachel Peltonen; his sister Neve VanRavenswaay; nephew Nico; and his mom's sister-mother, Christy VanRavenswaay for the rest of their lives. His Grandmother, Marti VanRavenswaay-Waddell, is sewing purple and red space suits for the homeless moon baby orphanage with her great-grand-dogger, Poppy “Pooper” VanRavensMinchernen. Her husband, Byron, is swatting away barracuda on his Panamanian schooner, as he whisks the latest reconnaissance to the headquarters with silent wings of angels. His other Grandmother, Bonnie Larson Stott, is driving her twin jeeps one-handed, while playing the harp with her extra bionic arm, toothpick in her mouth, down the million dollar highway in Montrose, Colorado, on the way to a lunar reptile reunion. Her husband Don, is gassing up the Benz to transport the bullion to a remote bunker. All of his aunts and uncles were contacted for comment but they are on a trans-continental motorcycle ride and then down to Patagonia to join the resistance with his cousins, who are faster and more nimble than their elders. Nealy is in hiding, with her brother, Davis, who orchestrated the ambush on Betelgeuse; sustained by her sister and brother-in-law, Brittani and Andy Metallica Castle; and fiercely defended by her parents, Rick and Debbie Mincher of Austin, Texas. Wade Family Funeral Home (817) 274-9233