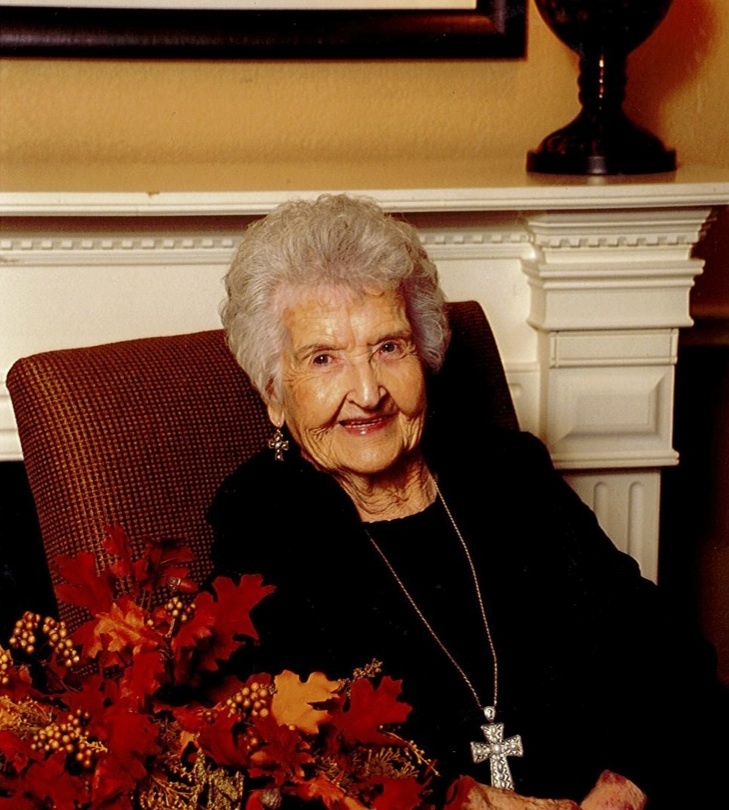 ARLINGTON -- Rosemary Lee Hezmall, 92, passed away Saturday, May 2, 2015, at an Arlington assisted-living center. Funeral: 2 p.m. Saturday, May 9, at Angus Church of the Nazarene in Ruidoso, N.M. Interment: Angus Cemetery, Angus, N.M. Visitation: 5:30 to 7:30 p.m. Wednesday at Brookdale Senior Living, in the theater, 2500 Woodside Drive, Arlington. Rosemary was born Oct. 22, 1922, in Sapulpa, Okla., to Frank C. and Mary Brown Howard. She married Steve Hezmall in 1948 and they moved several times during their married life, including Garden City, Kan., Durango, Colo., and Amarillo. They settled in a home they built near Bonita Park, N.M., in 1976. She held various jobs throughout her life, but her passion was serving the Lord and being a loving wife, mother and "Nano." Rosemary had been a member of the Angus Church of the Nazarene, Ruidoso, N.M., since 1976. She participated in many ministries including The House of Prayer for Everyone (HOPE) and also playing the role of "Anna" in "Walk Through Bethlehem" each Christmas. When her home burned in the Little Bear fire in 2012, she moved to Arlington. She attended First Baptist Church and enjoyed her Sunday school class very much. She lived at Brookdale Senior Living and immediately became involved in the Brookdale community as an ambassador, assisted with the Country Store, and was always greeting everyone in the halls with a smile. She was always willing to stop and visit with anyone and witness about her Lord and Savior Jesus Christ. She believed fervently in prayer and favored Psalm 91, praying it over her family and friends daily. She was preceded in death by her husband, Stephen P. Hezmall; grandson, Barrett Watkins; brother, Frank C. Howard Jr.; and sister, Azalia Freeman. Survivors: Children, Frank Nelson Hezmall, Lynette Leone Watkins and husband, Danny, and H. Pat Hezmall and wife, Jennifer; foster daughter, Jeri Baker; grandchildren, Todd Alvey and wife, Misty, Tina Dale and husband, Cliff, Blake Watkins and fiancee, Fabiana, Hunter Hezmall, and Hayden Hezmall; five great-grandchildren; and numerous nieces and nephews. Wade Family Funeral Home Arlington, 817-274-9233