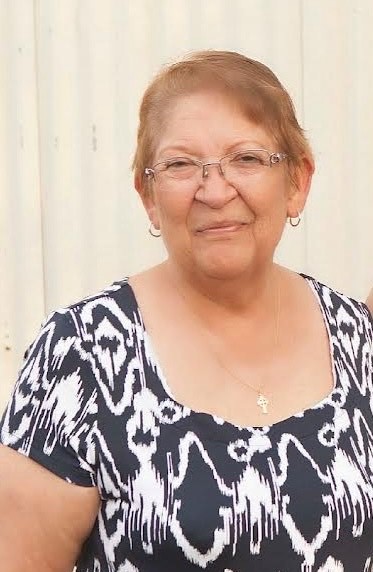 Rosalinda, “Rosie” as known to most, was born March 19, 1948, in Harlingen, TX. She attended and graduated from Robert E. Lee High School in Midland, TX in 1967. After meeting Jesus M. Rodriguez, they were married in 1968 and had 2 daughters. Rosie worked at Schlumberger for several years before working and retiring from Clay Desta Bank in 2005. She was a member of the American Legion Women’s Auxiliary and playing bingo was her favorite thing to do. Before the loss of her husband, Rosie moved to Arlington from Midland, TX. Rosie enjoyed being surrounded by family and friends and is survived by her children Cynthia Rodriguez and Christina and Robert Brown; Grandchildren, Farris Strambler, Ashley Rodriguez, Kristin Betts, Breanna Brown, Chelsea Hall, Kendra Jackson, and Alyssa Rodriguez; 10 great-grandchildren; siblings, Irma Overton of Midland, TX, Pedro Montemayor Jr. of Laredo, TX, Maggie Bermea of Midland, TX, and Hilda Montemayor of Hobbs, NM; along with several nieces and nephews. Viewing: 6 to 8 p.m. Thursday March 31, 2022, at Wade Family Funeral Home with Rosary at 7 p.m. Mass Monday April 4, 2022, 2 p.m. at St. Vincent De Paul Catholic Church.