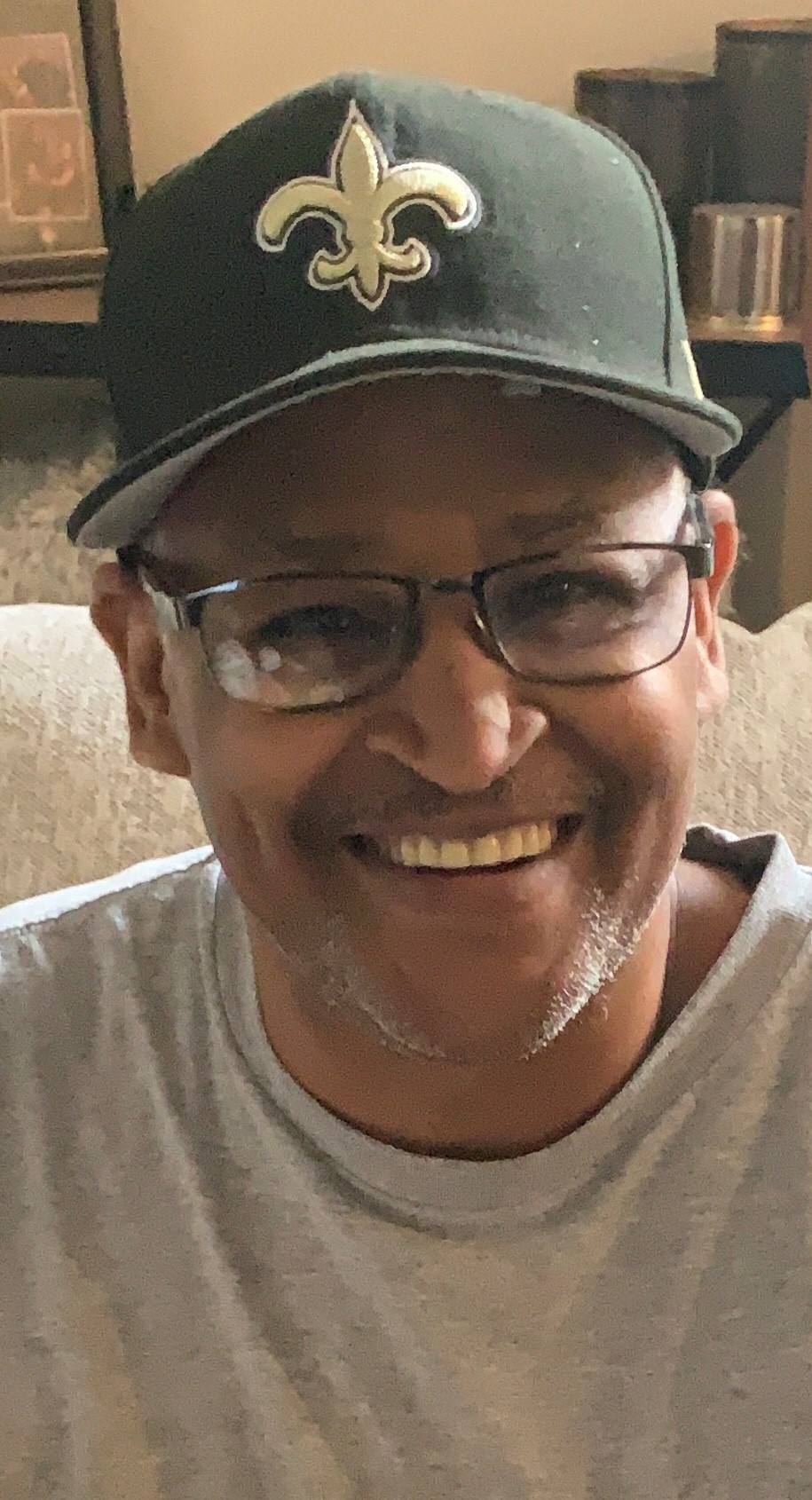 Ronnie spent most of his childhood in New Orleans, Louisiana. He fathered two sons, before attending the University of Arkansas Pine Bluff as an elite track athlete. There he met his future wife, Ann, and eventually relocated to Arlington, Texas in 1983. Together they had three children. Though Ronnie and Ann’s marriage did not last, together they raised three incredible children of whom they were both proud. Ronnie began a relationship with Olivia and relocated to Grand Prairie, Texas where he lived out the rest of his life.

Ronnie had an excitement for life and enjoyed sports (especially his New Orleans Saints), horse races, and spending time with his family and friends. He was always full of energy, excitement, and cheerfulness. As a devoted father and grandfather, he prided himself on being at every game, performance, or event. In line with his Christian beliefs, he was compassionate, humble, and always showed care for those around him. He will be deeply missed.

He was preceded in death by his father, Robert Daw Sr., and brother, Calvin Daw.

Special thanks to the doctors and nurses at Parkland Hospital in Dallas and Faith Presbyterian Hospice.

Family is welcome to join us as we celebrate Ronnie’s life immediately following the graveside service at the Carter home.