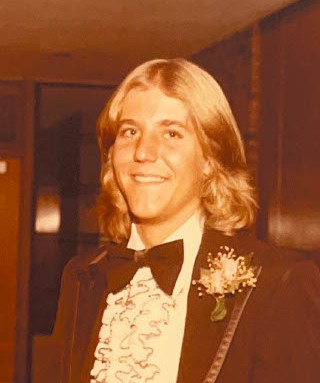 Rodney Tennes was born on July 24, 1960 in Arlington, TX, to Robert Tennes and Cleona Tennes. Rodney graduated from Sam Houston High School in 1978. He worked with his dad and brother on swimming pools before starting his own contracting and masonry business, Metrotile.

Rodney married Pattie Lemons on November 16, 1979 in Arlington, Texas. Rodney and Pattie raised their nephew, Jesse Bartel, before having their two daughters, Haley and Rachel Tennes.

Rodney was best known for rocking out on the guitar. Rodney played guitar in a band, Common Man, from 1981-1995. After his daughters were born, he continued to play for them around the house and in the garage. Rodney also had a passion for tile and stone work. Some of his biggest projects include Wet ‘n’ Wild, the Rangers Stadium, and the fountains at the AT&T Stadium.

The service for Rodney Tennes will be held on November 15, 2022 at 3:00 PM at Wade Funeral Home and Crematory in Arlington, TX.

Memorial Donations can be made in Rodney’s name to the Gibson Foundation.