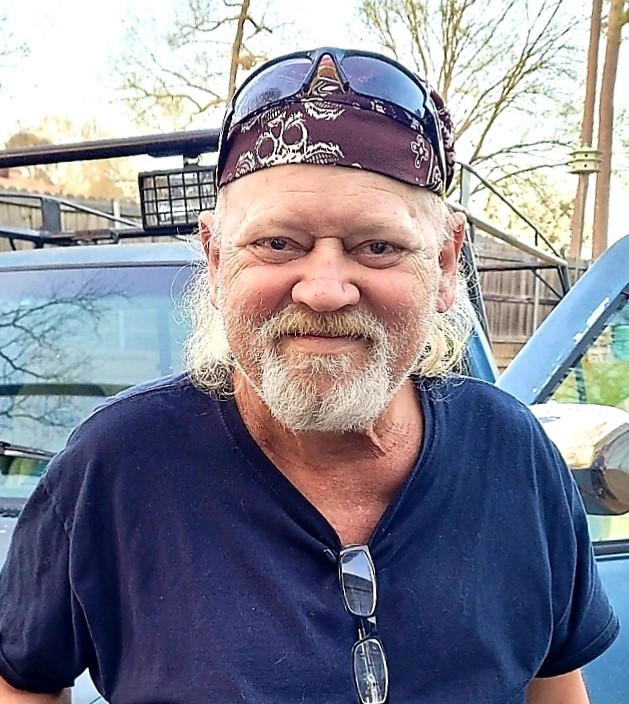 Robert was born on December 23, 1958 in Arlington, TX, to Ogle Pallett and Mildred Lavern Pallett.

Robert held a career as a Diesel Mechanic and Welder for most of his life. He went on to work for many years before he was diagnosed with Multiple Myeloma in 2015. However, this did not slow him down and he stayed busy with home projects and appointments with his wife, Susan. Later his brother-in-law, Ronnie would accompany appointments keeping Robert’s spirits high. He spent many evenings at home in his recliner next to his son, Nick, watching movies, discussing life, and laughing. When he wasn’t at home he could be found at his daughter’s homes sneaking sweets, spending time with his grand babies, working on projects in the shop with CJ, or teaching Tim some of his many skills.

Robert was best known for his love of life and helping others. He dedicated his entire life to providing for his family.

Robert was a dedicated and loving husband to his wife Susan. He was a proud Dad to his son Nick, his two daughters: Chelsie and Sarah, and his two son-in-laws: Cj and Tim. He was the best Pap Pap in the world to his two grandchildren Brennon and Liam.

Robert is preceded in death by his father Ogle Pallett and mother Mildred Laverne Pallett whom he loved dearly and were there to hug his neck as he entered the gates of heaven.

The service for Robert Pallett will be held on Thursday, at 2:00 PM at Wade Funeral Home and Crematory in Arlington, Texas.

Visitation: Thursday, at 12:00 PM at Wade Funeral Home and Crematory.

A special thank you from the family to Dr. Koticha for the 7 years of precious time and memories he gave to our family.

Robert is to be cremated and will remain with each family member as he always wished.