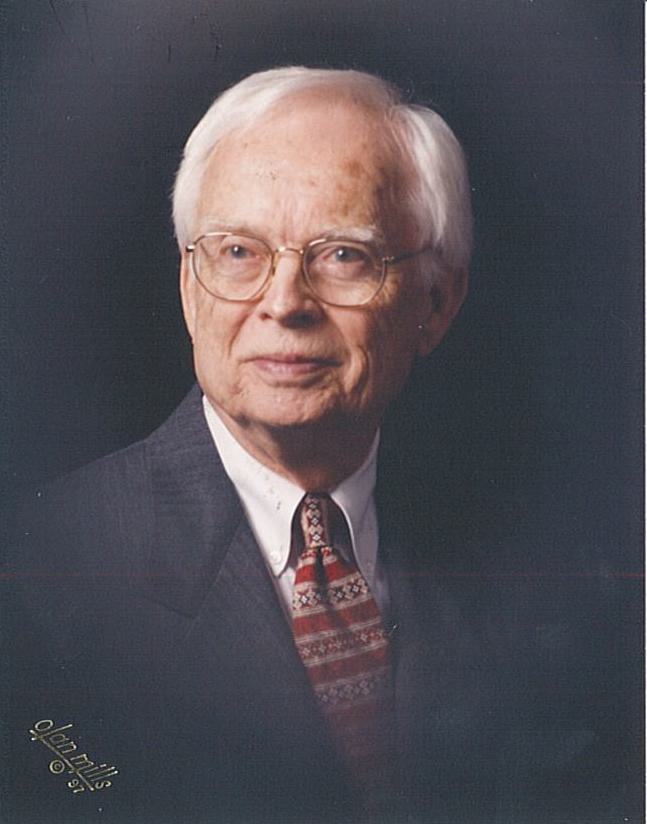 ARLINGTON -- Robert L. Liddell Sr., 92, passed away peacefully at his home in Arlington, on Tuesday morning, April 19, 2016, with his wife, Billie, at his side. Bob and Billie enjoyed a long and happy life together, being just two months shy of celebrating their 68th wedding anniversary. Memorial service: 11 a.m. Friday, April 29, in the sanctuary of First United Methodist Church, 313 North Center, Arlington. Visitation: 5 to 7 p.m. Thursday, April 28, at Wade Family Funeral Home, 4140 West Pioneer Parkway, Arlington. Memorials: In lieu of flowers, the family requests donations to either the National Multiple Sclerosis Society, the American Partnership for Eosinophilic Disorders or First United Methodist Church-Arlington. Bob was born on April 4, 1924, in Louisville, Miss., to Howard Clark and Annie Lou Dempsey Liddell. His happy childhood in small-town Mississippi was marked by time on his grandparents' farm, hijinks with schoolmates, and playing clarinet in the high school band. In the fall of 1941, he enrolled in Mississippi State University (MSU) and began studying aeronautical engineering. As with many men of his generation, his studies were interrupted by the start of World War II. In January 1943, he volunteered for military service, and was inducted into basic training later that spring. He later attended OCS, serving in the Army Air Corps through the end of the war as a first lieutenant in the roles of B-29 maintenance officer and flight engineer. Following the war, he returned to MSU, continuing his engineering education and serving as the president of his chapter of the Sigma Chi fraternity. He graduated in May 1948 with a BS in aeronautical engineering with special honors. On June 11, 1948, just a month after graduation, he married his college sweetheart, Willie Rose Aycock of Calhoun City, Miss., who had swept him off his feet at a Sigma Chi dance less than 18 months earlier. The newlyweds spent their honeymoon en route to his new job with Chance Vought Aircraft in Stratford, Conn. In November of that same year, the company completed its planned move to Grand Prairie, and Bob and Billie became Texans. The young couple had two sons, Lee and Jim, then moved to Arlington in 1955. A third son, Clark, arrived a few years later. Since 1955, Bob and Billie resided in their home on Lynda Lane and actively participated as members of First United Methodist Church. Bob spent his entire 38-year career with Vought/LTV (through several name changes), working on a wide variety of aircraft programs, including positions as chief project engineer of A-7, program director of A-7, director of Sub-Contract Programs and director of Program Controls B-2 bomber. Bob completed graduate studies in engineering at SMU, management at UCLA and government operations at The Brookings Institute. He was named an "Eminent Engineer" in 1975 by Sigma Gamma Tau, the honor society for aerospace engineers, and was a member of Who's Who in Aviation and Aerospace. Most notable, in his mind, was the Outstanding Achievement Award he received from his alma mater, MSU, during its centennial celebration in 1978. Although a successful career by any measure, Bob, first and foremost, loved and cherished his wife and children. In retirement, Bob enjoyed spending time with family and friends, traveling, investing, playing bridge, and attending museums and cultural events. In 2012, he participated in an Honor Flight to Washington, D.C., for World War II veterans; he was escorted by his grandson, Robert, also a veteran of the U.S. military. Bob treasured his time with his five grandchildren and five great-grandchildren. He was predeceased by his middle son, Jim. Survivors: Bob is survived by his wife, Billie; sons and daughters-in-law, Lee (Susie) of Houston and Clark (Gayle) of Brentwood, Tenn.; grandchildren, Robert (Amy) of San Antonio, Mike (Lizzie) of Washington, D.C., Ashlee of Houston, Carol (Jeremy) of San Antonio and Tom of Nashville, Tenn.; and great-grandchildren, Claire, Grace, Will, Jacob and Paloma. He is also survived by his sister, Laura Ann Powell of Mobile, Ala. Wade Family Funeral Home Arlington, 817-274-9233