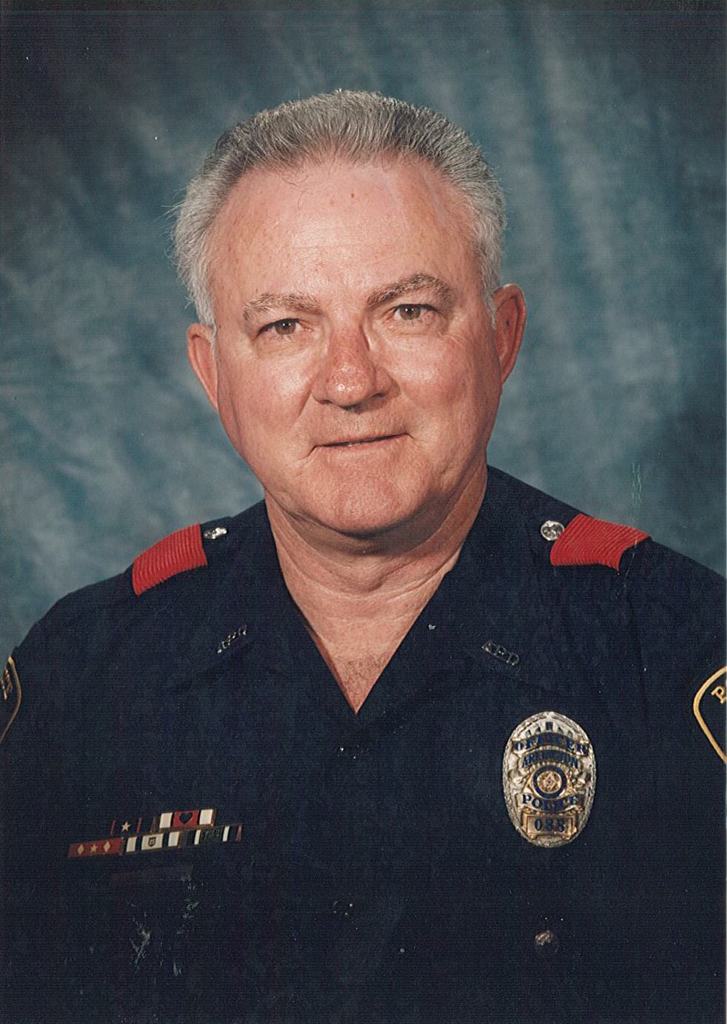 ARLINGTON -- Robert Harvey "Bob" Burke, 75, passed away Tuesday, July 22, 2014, in Fort Worth. Funeral: 1 p.m. Thursday at Wade Family Funeral Home, 4140 W. Pioneer Parkway, Arlington, with Chaplain Harold Elliott officiating. Interment: Burke Family Cemetery, Fort Worth. Visitation: The family will receive friends 6 to 8 p.m. Wednesday at the funeral home. Bob was born Aug. 27, 1938, in Fort Worth to Robert and Jessie Lou McDonald Burke. He graduated from Polytechnic High School and then worked for the family business in Fort Worth. After the family business was sold, Bob joined the Arlington Police Department in November 1962. He retired in January 1996. During his tenure he became warrant officer from 1968-1983. He was honored by being selected Officer of the Year in 1985. In March 1992, he received the Citizens Heart Citation, Purple Heart for Officers seriously wounded in action and the Wounded in Action Bar in October 1992. Bob was recognized by President Ronald Reagan and Texas Gov. Bill Clements for his excellent attitude and professionalism. These are just a few of his many achievements. He was preceded in death by his parents; and his wife of 49 years, Dorthy Burke. Survivors: Daughter, Stephanie Traylor; brother, Donald Burke and wife, Nina; grandsons, Devin and Cameron Traylor; and many extended family and friends.