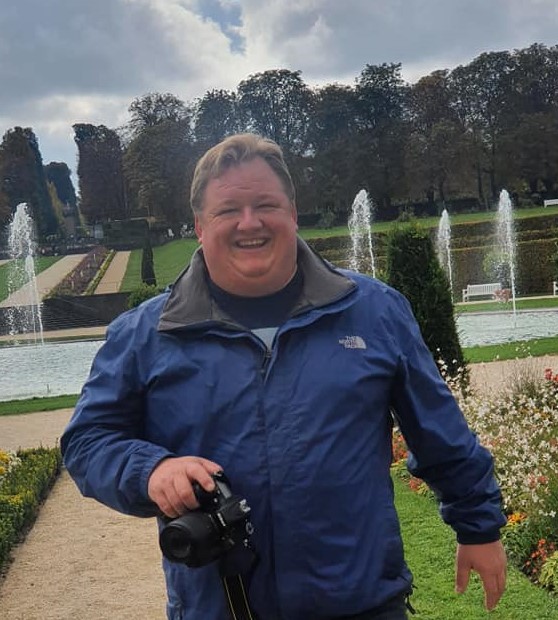 Robert Eugene Ward, age 40 of Mackenbach Germany, went to be with his Lord and Savior on April 13, 2022. He was born on June 13, 1981, in Tulsa, Oklahoma to Jerry Harlan and Cindy Lou (Robinson) Ward. In 1986, the family moved to St. Louis for a season, and then returned to Oklahoma in 1994. Rob left home at the age of sixteen. He completed high school and joined the Air Force in which he served for six years, including duty in Iraq. He married Christy on May 29, 2009, and they began an adventurous life together. After military service, he began a career at DTRA, serving for thirteen years which brought him to Germany, where Rob and his family have lived for the last 6 1/2 years. While working full time and raising five children, he earned a bachelor’s degree in electronic engineering. Recently he started working at Parson’s with a contract for the Airforce at Ramstein Air Base. He spent his entire adult life serving our country and supporting our military. He was an active member of Faith Baptist Church in Kaiserslautern, Germany and encouraged many young men to love their wives and serve the Lord. “Iron sharpens iron, So one man sharpens another.” Proverbs 27:17
Rob is survived by his wife, Christy Ward, and their five children: Malachi Patton, Isaac Patton, Teddy Ward, Lexie Ward, and Claire Ward. Rob is also survived by his parents, Jerry and Cindy Ward, three brothers, Richard Ward Pense and his wife Cynthia of Royse City, Texas, Joseph Ward and his wife Starla of Broken Arrow, Oklahoma, and Hunter Ward of Tulsa, Oklahoma: and numerous aunts, uncles, cousins, nieces, nephews, other relatives, and friends.
Rob was preceded in death by his maternal and paternal grandparents, and sister, Andrea Ward Tuggle.