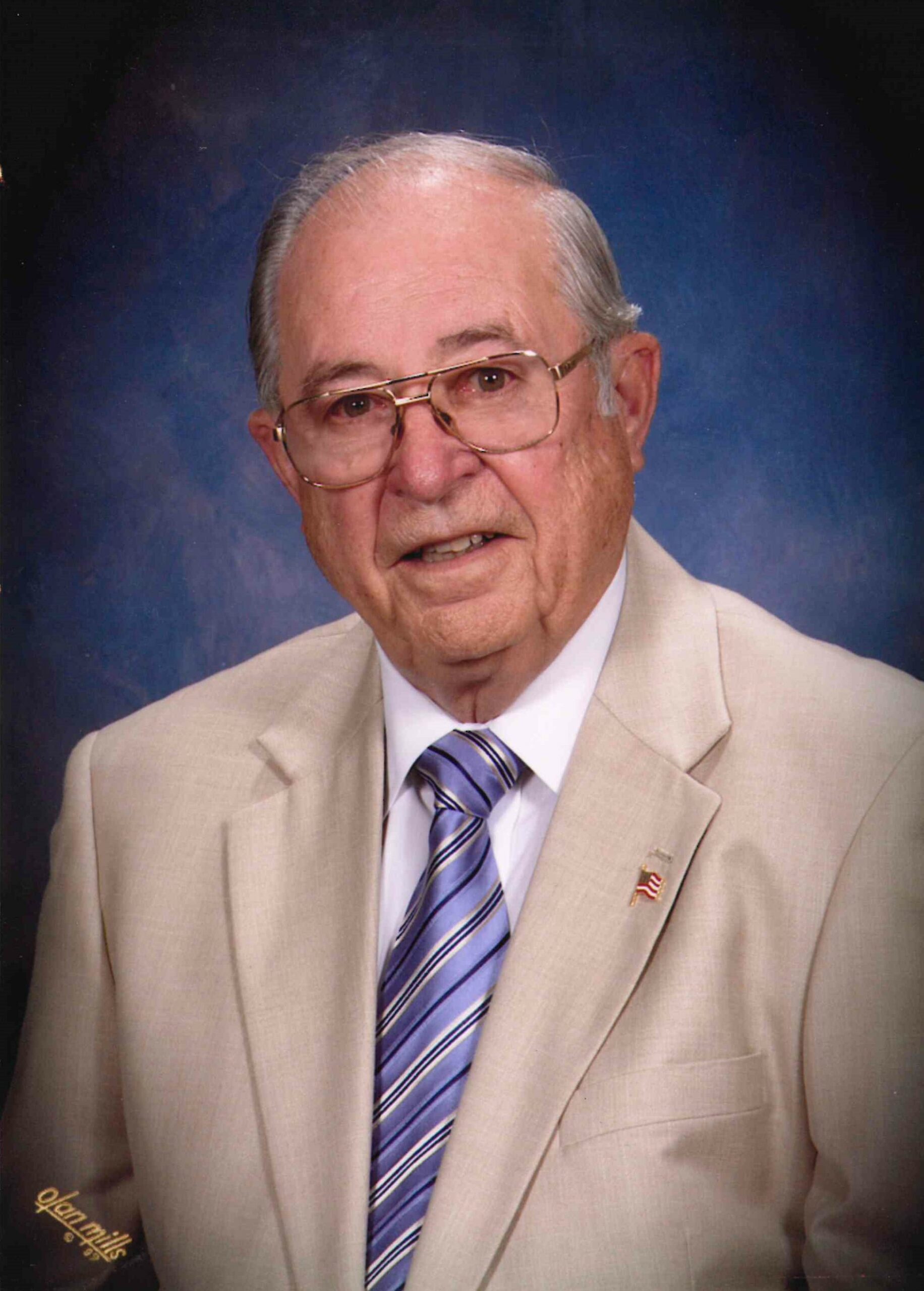 Dick was born on April 15, 1924 to Bess Phillips and Osa Martin Phillips. He was a member of the Sea Scouts and earned the highest achievement, the Eagle Scout Award, in the Boy Scouts of America. He graduated from Gadsden High School in 1942 and worked briefly at Goodyear Tire Company before enlisting in the United States Marine Corps in December of 1943.

Dick served on several islands in the South Pacific during WWII. His 5th Marine Division was one of the first forces to arrive in Japan at the end of the war.

Dick married the love of his life, Lou Ellen Faucett, on August 12, 1950. The couple had 2 children, Susan and Sally. He worked for various businesses before owning his own very successful insurance agency for many years. After retirement, Dick and Lou Ellen enjoyed traveling the world with friends and visiting their children and grandchildren. In 2012, they moved to Arlington to be near their family.

Dick’s biggest joy in life was watching Auburn football with family and friends. He was an avid outdoorsman who especially loved bird hunting, fishing, playing golf and lunches with a special group of friends, the Old Goats. He was a lifelong member of Gadsden First United Methodist Church and an active member of the Gadsden Quarterback Club and the Gadsden Auburn Club.

Dick is preceded in death by his parents and sister, Lynn Phillips Woolard.

Many thanks to all his special caregivers, especially Peggy Fox and Joseph Williams, who cared for him as though he was family.

Visitation will be held at 1pm on Wednesday, October 12 at Wade Funeral Home in Arlington, Texas followed by a Celebration of Life at 2pm. A graveside service will be held on Friday, October 28 at 11:30 am at Forrest Cemetery in Gadsden, Alabama with The Rev. Harvey Beck officiating. Honorary pallbearer is his dear friend, Les Sulser.

In lieu of flowers, memorials can be made to his favorite charities, St. Jude Children’s Research Hospital and Tunnel to Towers Foundation.