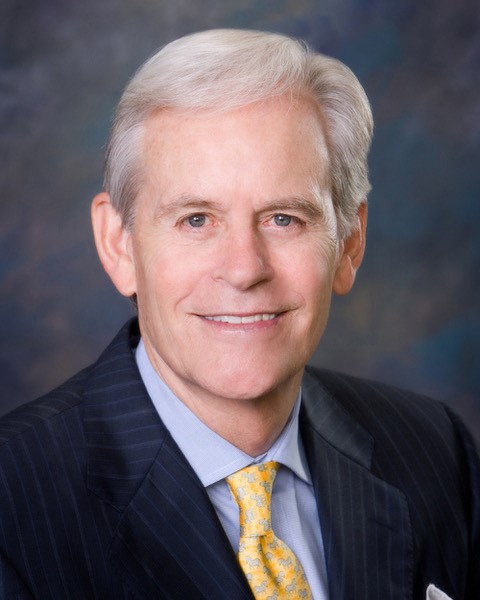 Dr. Richard Gerald “Wick” Alexander, age 86, went to be with the Lord on Thursday, April 21st, 2022, surrounded by his loving family.

“Dr A” and his wife Janna moved to Arlington in the summer of 1964 and opened a small orthodontic practice; fifty-seven years later, Drs Alexander Orthodontics, has treated over 20,000 patients and touched countless number of lives.

Wick was born in Lubbock, Texas on February 25th, 1936. A proud Sandie, he graduated from Amarillo High School and then moved on to Texas Tech University, using a football scholarship as his only means of affording college. This began a love story with his beloved University, and amazingly, the place where Wick would meet the love of his life, Janna! She became a physical therapist and supported Wick as he finished his training at the University of Texas – Houston Dental Branch. After a tour of Texas towns and allowing God’s hand of direction upon them, they settled in Arlington.

Dr. Alexander loved Arlington! Wick and Janna said “YES” to a young preacher that came knocking on their door in 1964, and thus began Trinity United Methodist Church. The church became an integral part of their lives and their family. Early in his career, he became interested in city politics and served on the Arlington City Council from 1971-1977. And for Ranger fans, you will remember that was the time Tom Vandergriff was working behind closed doors to bring the Rangers to Arlington. What a great time to be in City politics! This led Wick to serve in leadership of many organizations in town…Downtown Rotary Club, Big Brothers, YMCA, Arlington Boys Club, chair of United Way annual campaign, as well as every booster club that Arlington High School ever had!

Dr. Alexander began teaching residents in the Orthodontic Department at Baylor College of Dentistry in 1965. He faithfully taught every Friday for over 40 years. His brilliant orthodontic mind was constantly seeking a better way. This led him on his life’s passion of teaching orthodontics. He had the incredible ability (truly a gift from God) of making complicated things understandable and creating systems, that when followed, produced consistent, effective and beautiful results. He created the Alexander Discipline; a philosophy of orthodontic treatment utilizing a specific bracket system that he designed. This is the bracket system each patient in the Arlington office was treated with, along with son, Dr. Chuck Alexander’s office in Colorado, along with literally hundreds of thousands of patients around the world.

Over his career, Dr A lectured on 6 of the 7 continents, over 60 countries, hundreds of professional meetings and symposiums, and in front of thousands of orthodontists. Alexander Discipline Study Clubs were formed in Japan, Italy, Mexico, Brazil, Germany and many other countries. Many orthodontists around the world consider Dr A as their mentor, teacher and inspiration to excellence in orthodontics.

His patients in Arlington will forever carry a part of Dr A: a beautiful smile, learning to properly shake a hand, memorizing the definition of “discipline”, being encouraged to participate in the journey of their orthodontic treatment by instilling Effort=Results. These are just a few of his life’s values that reflect the man he was.

Amid all these activities and accomplishments, Wick’s primary love was his family. Wick and Janna celebrated their 62nd wedding anniversary before she went to be with the Lord last year. He was an amazing dad who showed up, set the bar high, and gifted his children with every possible opportunity to succeed. Being “Daddy Wick” to his 12 grandchildren was his greatest joy.

Wick was preceded in death by his parents Geraldine and Jenkins Alexander, brother Dr. Charles Moody, and precious wife of 62 years, Janna.

He was a loving and supportive “Daddy Wick” to 12 grandchildren: Mac (Chazlyn), Blake (McCall), Kellyn (Austin), Hill (Gabbi), Wick, Avery (Collin), Izzy, Abe, Eyasu, Gigi, Mateo and Marco. Plus, one great grandchild on the way! Wick is also survived by his sister, Kay Howard of Lubbock, and brother Skip Alexander of Dallas. Wick was cherished by many and will be missed dearly by the countless people he impacted worldwide.

Special thanks to the people who have surrounded him with love and support Becky Davis, Elisa San Juan, Deborah Duncan, Lucy Gallegos, Lori Garcia, Kim Brown and many others.

In lieu of flowers and in honor of the life and great passions of Dr. Wick Alexander, memorials can be made to the Alexander Foundation for Orthodontic Research & Education (AFORE) at https://www.drsalexander.com/alexanderfoundation