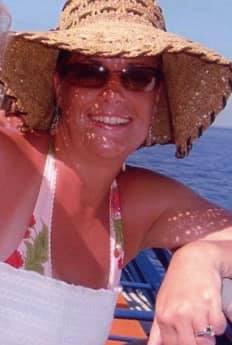 Arlington: Our guiding light Rebecca Reed-Pfleger, 44, passed away Saturday morning in the arms of her beloved husband of 21 years, Wade. Funeral: 4pm, Thursday, January 24 at Sam Houston High School in the Little Theater. Rebecca, aka Coach FIFI/Mrs. P, taught at SHHS since 2008. She will be cremated and buried alongside her dad, Dr. Ronald F. Reed and brother, Adam Reed. Memorials: In lieu of flowers, the family has set up a scholarship in her name to be awarded to the student or students who most demonstrates the daily action of, as her son Dane says, “helping others.” Rebecca was born in London, Ontario, Canada — and took great pride in her dual citizenship. Rebecca was a multi-classroom teacher who taught everything from Cheer to PALS to Speech. Rebecca was also the founding, original teacher, representing Sam Houston with Matthew McConaughey's after school non-profit, JK Livin Foundation. She woke up every day focused on making those around her the best versions of themselves. Her joyful presence was felt by so many, impacting so many lives in such a short time. She was a loving wife to Wade, an ever-present nurturer to her kids, Dane and Gaby, and the best friend/daughter to her loving Mom, Ann Marie Reed, as well as being the constant form of laughter and comfort for her brother, Jeremy Reed. She loved her tribe of friends dating back to the early days of school as well as loving the throngs and throngs of friends she picked up along the way. She created so much love for the extended family of Pflegers, Urso, Mitchells, Carrolls, and Parrishs. She was the best Aunt B to our new light, 6-month old nugget of a nephew, Julian Adam Reed. Survivors: Rebecca is survived by her husband, Wade, and two children, Dane, 17, and Gaby, 15; mother, Ann Marie Reed; brother, Jeremy Reed, sister-in-law, Nicole Reed, and their son, Julian Adam Reed (Venice, CA); brother-in-law, David Pfleger, sister-in-law, Stacey Pfleger, and their daughter Andie Pfleger (Arlington, TX); sister-in-law, Melissa Mitchell, brother-in-law, Toby Mitchell, and their children, Austin and Cayden (Van, TX); and brother-in-law, James Pfleger (Littleton, CO). Wade Family Funeral Home (817) 274-9233