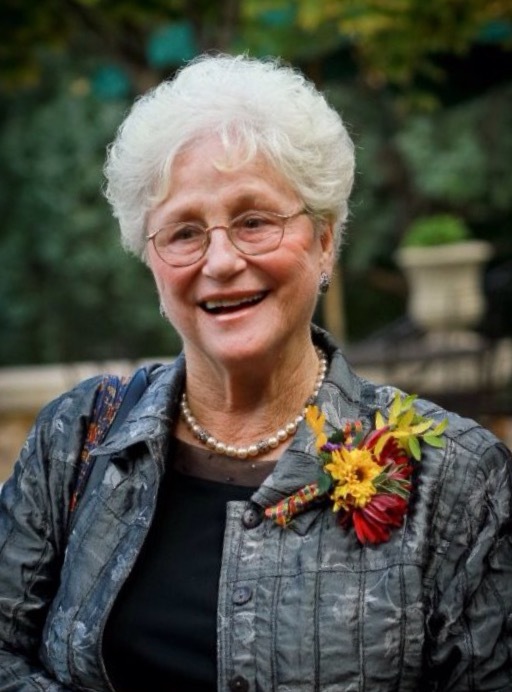 ARLINGTON -- Peggy Jean Fuston, 80, passed away peacefully at noon, Good Friday, April 3, 2015, at an Arlington hospital. Services: Visitation will take place on Sunday, April 5, 6:00-8:00 PM at Wade Family Funeral Home, 4140 W. Pioneer Pkwy, Arlington, TX 76013. The funeral will be held Monday, April 6 at 10:00 AM at First Baptist Church of Arlington, 300 S. Center St, Arlington, TX 76010. Peggy will be buried on Monday afternoon at 1:30 p.m. at Laurel Land Memorial Park, 6000 South R. L. Thornton Freeway (I-35 S) Dallas, TX 75232. Memorials: In lieu of flowers, the family requests memorial gifts to the Divine Servant Statue Fund of First Baptist Church, 301 S. Center, Arlington, TX 76010 or Mission Arlington, 210 W. South St., Arlington, TX 76010. Peggy was born on October 6, 1934 in DeKalb, TX to Inez Miller Loyd and Charles Marion Loyd. Peggy's life was enriched by her husband Bob, to whom she was married for nearly 60 years. Together they raised three children: Lynn, Layne, and Jeanna. She graduated from Baylor University in 1955 and her greatest desire was to be a mother. She poured herself into her kids, supporting them in their childhood activities as well as their hopes and dreams for the future. She often told them and others how proud she was of her children. Her grandchildren were another source of great joy and pride. When asked how Peggy should be remembered, one of her granddaughters said, “As the greatest grandmother in the world.” Her grandchildren brought out her playful side and they loved to laugh together. Once their children were grown, she and Bob became dedicated travelers, leading tour groups to more than 55 countries in 30 years. Her collection of mementos from across the world were proudly displayed in their home. Dedicated to First Baptist Church, Arlington for almost 50 years, the Friendship Department was like a second family to her. Survivors: Peggy is survived by her husband, Bob, her three children, Lynn Fuston of Nashville, TN, Layne Woodruff Hamilton, and husband, Forey, of Colorado Springs, CO, and Jeanna White of Marshall, TX, seven grandchildren, and five granddogs. Wade Family Funeral Home Arlington, 817-274-9233