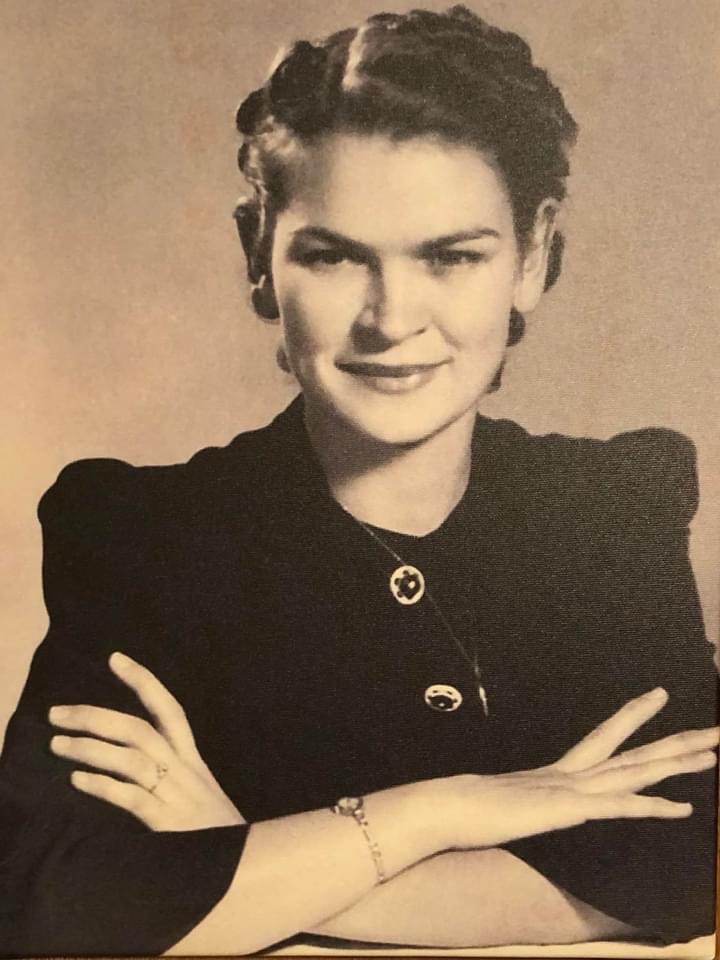 Nellie Robertson Schmidt was born on May 13, 1920. She was the only daughter born out of four children born to Walter and Laura Belle Robertson, who were lifetime residents of Cleburne and members of First Baptist Church.
Nellie graduated from Cleburne High School in 1938. She wanted to pursue a career in Nursing, but soon discovered the physical demands were too much. She later encouraged a great niece to pursue a nursing degree.
Nellie’s older brothers, Victor and Virgil were identical twins that Joined the Army Air Corps in 1938. They were stationed in Hawaii and survived the attack on Hickam Field at Pearl Harbor. Nellie’s younger brother joined the Air Force and was a pilot at the ed of WWII.
Nellie’s Father was a Railroad Engineer for the Santa Fe Railroad. When brother Wallace returned home he followed in his Father’s footsteps and also became a RR engineer for the Santa Fe Railroad. Nellie also worked for many years for the Santa Fe working in Railroad Stations along the line between Texas and Ada, Oklahoma.
Nellie married W. Leo Schmidt in 1949, they had one child, a daughter, Cheryl.
Nellie was a very independent woman and when Computer Technology emerged, she returned to school and took classes learning to operate this ground breaking technology. She worked in the Computer Department of Central Airlines in the Great Southwest Airport until Frontier Airlines merged with Central and all business operations were moved to Denver, Colorado. (This was prior to the existence of DFW. Airport). At that point, Nellie was transferred from the computer department to Frontier’s Reservations.
Nellie loved to travel and during her time with Frontier the family traveled to New York, San Francisco, the Bahamas and Europe.
Nellie was the secretary of the First Christian Church in Arlington for several years and secretary/treasurer of the Senior Kitchen Band of Arlington. The group held programs that entertained residents of local nursing homes. One year the group performed at the State Fair of Texas. Nellie loved flowers and raised beautiful African Violets. She loved to bake cakes and breads and share them with family and friends. She also enjoyed sewing through the years.
Nellie was preceded in death by her parents, her husband, three brothers and three sister-in-laws.
Nellie is survived by daughter, Cheryl Schmidt- Elrod of Arlington, TX; Nieces: Ginger Robertson Ross of Frisco, TX, Wanda Ruth Robertson Wright of Boise, ID and Sandra “Lee” Robertson Gamble of Oregon City, OR and Nephew, Tom Robertson of Englewood, CO and numerous great and great-great nieces and nephews from coast to coast.
Nellie played matchmaker and found wives for each of her three brothers by introducing them to three of her closest friends. Our Beloved Matriarch will be greatly missed and stories will be told of her escapes for generations to come.