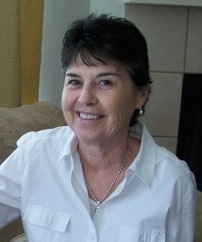 ARLINGTON -- On Sunday, September 20, 2015, Monica Ellen Ives, 66, met her Heavenly Father and was released from the grip of early onset Alzheimer's disease. It is not her battle with illness that will remain in the memory of the ones to which she was closest. Instead, what survives are the characteristics she embodied throughout her life: her infectious smile, her sense of humor, her strong work ethic, and her zest for life. Monica was born in San Francisco, California on June 13, 1949, to Dorothy Lopez and Ignacio Salazar Jr. She graduated from Austin High School in 1967. She worked most of her adult life in sales and had the most fun and success while working in radio sales in Dallas, Texas. In 2007, she attended Westwood College and finished top in her class for medical insurance coding and billing. She is survived by her children, Katherine Ives and Brice Ives; her parents, Dorothy Lopez and Ignacio Salazar Jr.; her sisters, Loretta Salazar, Mimi Stegner, and Mallorie Brooks; her uncle, Crispin Salazar; aunts, Carmen Venegas, Delia Carter, Rose Reger, and Helen Herget─their families and Monica's dear friends. Family and friends have elected to forgo a formal service and have chosen to celebrate her life by honoring activities she enjoyed ─eating Mexican food and going to the movies. Wade Family Funeral Home Arlington, 817-274-9233