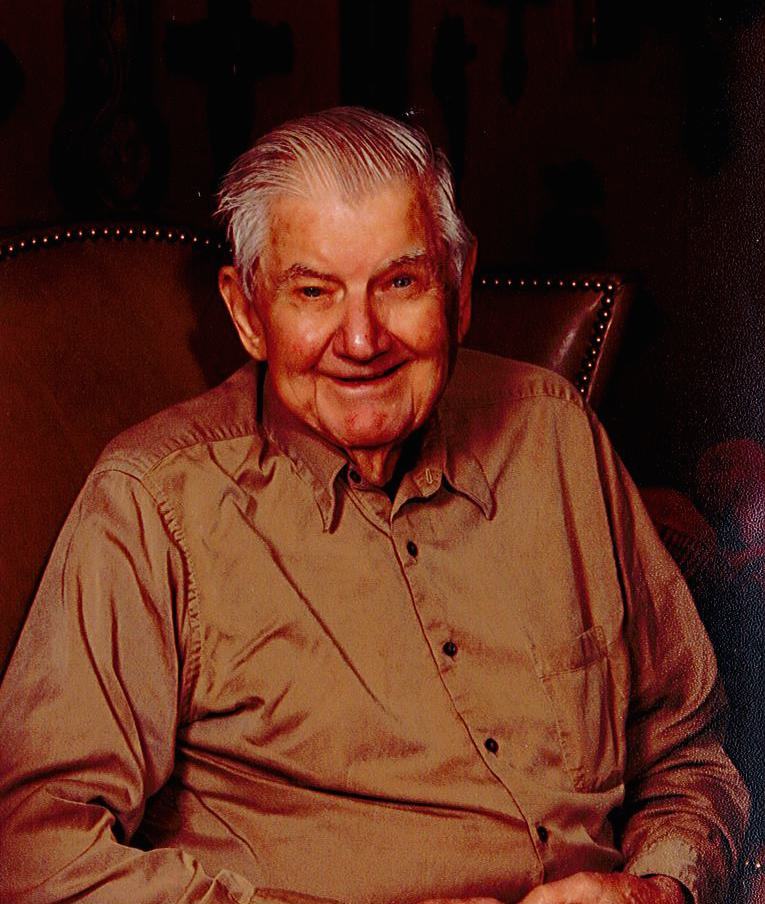 ARLINGTON -- Mitchell Ray Jones, 87, died Saturday, July 18, 2015, in Dallas. Funeral: 2 p.m. Tuesday at White Rock United Methodist Church, 1450 Old Gate Lane, Dallas. Interment: at a later date in Dallas-Fort Worth National Cemetery, Dallas. Memorials: In lieu of flowers, donations may be made to the Texas Scottish Rite Hospital Legacy Fund, 2222 Welborn St., Dallas, Texas 75219. Mitchell was born in Dallas to Marsalis and Aubin Jones and was raised in Red River County. In 1943, he joined the Merchant Marines and then the Navy, spending his time serving his country in the Pacific Rim during World War II. Mitchell returned to Dallas, where he met Norma Ann Jahns and married in 1949. He had a variety of careers but found that being a traveling salesman was his calling. He sold ladies' hosiery and then in the 1960s became one of the leading salesman for King's Candy Co. out of Fort Worth. It is here that he gets the nickname, "The Candy Man." Mitchell continued selling candy for several national companies through the 1990s. Mr. Jones was a dedicated Christian and a lifelong Methodist. He was a member of White Rock United Methodist Church. Mitchell had a passion for the Masonic Lodge, the Lions Club and Texas Scottish Rite Hospital. He enjoyed spending time with his family and watching Texas Ranger Baseball. The family wishes to thank the care givers at C.C. Young Retirement Community who cared for Mitchell and still care for his wife, Norma. Mitchell was the younger brother to James, who preceded him in death, and the older brother to Darrell (deceased), Marcus (deceased) and Teddy. Survivors: He leaves his wife of 65 years, Norma; son, Craig and his wife, Dowanne; son, Gary and his wife, Laurie; daughter, Janelle and her husband, Tom; grandsons, Bryan Jones and his wife, Rebecca, Nicholas Jones and his wife, Jennifer, and John Brinck. Mitchell was known as Papa J to his great-grandchildren, Kate, Dawson Claire, Henry and Claire Jones. Wade Family Funeral Home Arlington, 817-274-9233 View and sign guestbook at www.star-telegram.com/obituaries