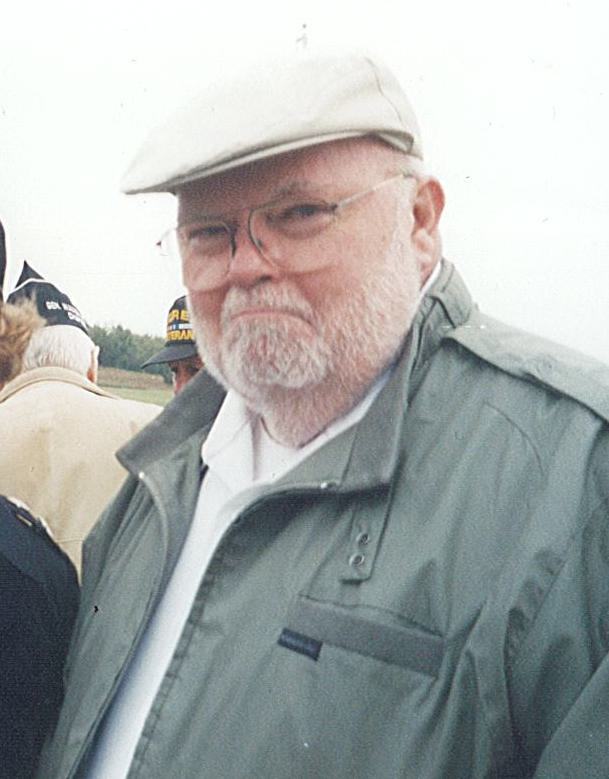 Michael was born in Brooklyn, the son of Elizabeth and Joseph Doyle, and the brother of Joan. During his formative years he and his family moved around the state of New York. At the age of 19 Michael was drafted and fought in the Korean War from 1951–1953. After the war he went to university at State University of New York Farmington campus, earning his degree while working full time at night for Republic Aircraft. While at school, he met his future wife Betsy. After graduating he and Betsy wed on July 1, 1956. Michael and Betsy's first child, a redheaded girl called Lisa, was born in 1957, two days after his 25th birthday. The first boy, Michael Jr., was soon to follow in 1958 on Father's Day. Their next child Jennifer was born in the summer of 1959. And baby number four, Karen, a girl the spitting image of her mother, was born in 1960. That made four, but Michael and Betsy were not finished adding to their family. In 1962 a second son, a bouncing boy named Christopher arrived just one year before a bubbly girl named Linda in 1963, both redheads like their older sister. To top it all off in 1965 a set of twins, Cynthia and Sharon, were born. To support his rapidly growing family Michael always worked, first at Republic Aircraft and then at National Cash Register as a sales representative. In 1964 Michael got his dream job at Grumman Aircraft Manufacturing as an aerospace engineer. He worked there for 4 years before getting RIF ed, or laid off. Never idle, Michael worked for JC Penney for the next several years. During his years at Grumman Michael was picked to be the liaison to General Dynamic in Texas. It was during these business trips that he fell in love with Texas. After he was laid off from Grumman he conceived of the idea to move his family to Texas. In 1972 the family moved from New York to Arlington, Texas. Michael continued his career here with aerospace companies, finally settling into a manufacturing manager position at ARA Vanguard. He worked there for several years and then Michael decided to start his own business in 1978 called MD Sales, where he re-manufactured auto air conditioning compressors. His business would undergo expansions, moves and name changes to become Doyle Air, Inc. which sold re-manufactured air conditioning compressors for cars and trucks and performed aftermarket installation of car air conditioners as well as repairs. Michael ran this successful business until 1988. During his years as a business owner, Michael was able to indulge in his love of traveling by going to places like Hawaii, Venezuela, and many places around the US. Michael also became a father-in-law four times over and a grandfather. The first to marry was his daughter Jenny, who gave him his first grandchild Karla in 1977 and his third grandchild Kimberly in 1983. The next daughter to marry was Lisa, whose first child Heather, born in 1982 was Michael's second grandchild. Lisa's second child, Nathan born in 1985, was his fourth grandchild and third child David, born in 1987 was his fifth grandchild. Michael's daughter Linda was married in 1985 to Keith and they welcomed their first child Kristina in 1987, a week after David was born. Kristina was Michael's sixth grandchild. Linda and Keith's second child was Michael's seventh grandchild, a boy named Kyle born in 1989. Michael's son Chris married his first wife soon after. After his business closed, Michael chose to take a management position at a company in Charlotte, North Carolina. This would involve him living by himself in an apartment with Betsy joining him just before a direct hit from Hurricane Hugo in 1989. They spent the next couple of years in Charlotte, and then moved to Springfield, Tennessee for a job with Colt Manufacturing. In 1995 Michael and Betsy moved back to Arlington, a feat engineered and performed by his children Chris, Mike, Linda, Karen and Cynthia during an epic ice storm. After that Michael settled into retirement and watched his family to continue to grow. In the late 90's daughter Jenny remarried the love of her life, Dan and Chris married his lovely wife Debbie and her two children Andy and Katie, and they became grandchildren eight and nine. Grandchild Karla moved to Chicago and met her longtime love Alaric. In 2000 daughter Lisa met her sweetheart Fred and lives happily with him today. In February, 2009 grandchild Kimberly gave Michael his first great-grandchild, Benjammin. Grandchild Kristina met moved in with and became engaged to fiancé Zach. In April, 2013 grandchild Kyle married his beautiful wife Ali and they live in Abilene, TX where Kyle is in the Air Force. Grandchild David met and moved in with Teila and her son Orion, adding a second great-grandchild. David and Teila soon had a son, David Jr., the third great-grandchild, in October, 2013. Grandchild Andy married his Jr. High sweetheart Lena. During his retirement Michael became involved in the KWVA (Korean War Veterans Association). Michael would become the president of the local chapter where he and his wife Betsy would be actively involved for many years. In July of 2011 Michael was faced with losing the loving force in his life, his wife Betsy. Michael Joseph Doyle, age 82, passed away on January 1, 2015. He is survived by his sister Joan and his loving children, grandchildren and great-grandchildren. In loving memory: Lisa and Fred Heather, Nathan, David and Teila with sons Orion and David Jr. Michael Jr. Jenny and Dan Karla and Alaric, Kimberly and son Benjammin Karen and Julia Chris and Debbie Andy and Lena, Katie Linda and Keith Kristina and Zach, Kyle and Ali Cynthia Sharon