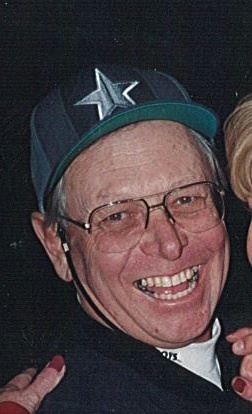 Arlington - Michael "Marty" Martin March 17,1944 - December 5, 2013. Michael "Marty" Martin, 69, passed peacefully into his heavenly home on December 5 surrounded by those he cherished dearly; his wife of 40 years, ZoAnn Martin; loving daughter and grand daughter Jennifer Martin and Khalei Waldrop. Service: 2:30 p.m. Friday, Dec 20,2013 at DFW National Cemetery,2000 Mountain Creek Parkway,Dallas, TX; Lane C. A Celebration of Life will be held at a later date. Memorials: Memorials may be made to the Wounded Warrior Project or a charity of one's choice. Mike served his country by request in the US Army in Germany and the states. He loved his country and was proud of loving God and country. Mike's passions were big bass fishing tournaments which he was very good at and loved, especially when he won! Bass N Gal tournaments were common on his calendar in his younger years. He and his brother, Charles Townsend along with their sidekick, "big red", Shawn (his Irish Setter) often fished the lakes of Antlers,Okla every chance they could escape. His next passion was the great game of golf. Mike was assistant pro at Ridglea Country Club showing his talent. Oh did he love the game until the very end, especially with his buddy Greg Warriner whom he beat more often than not. Survivors: Wife, ZoAnn Martin of Arlington; daughter and grand daughter, Jennifer Martin and Khalei Waldrop of Dallas; brother and wife, Charles Townsend and Quita Martin of Antlers, Oklahoma; and sister, Beth Bullard of Fort Worth.