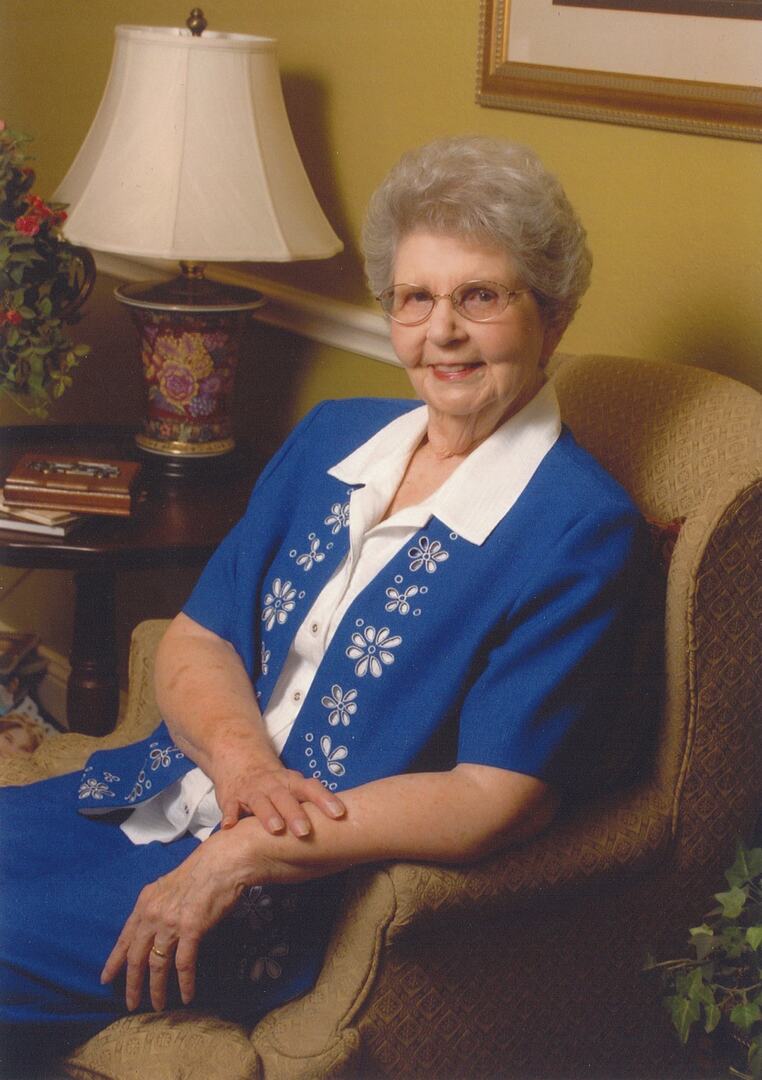 Mary Marie Schmidt, 94, passed away on Saturday, February 9, 2019 in Fort Worth, Texas. Visitation with friends and family will be on Friday, February 15, 2019 at Wade Family Funeral Home from 11:00 a.m. - 1:00 p.m. Graveside services will follow the visitation at 2:00 p.m. at Dallas Fort Worth National Cemetery, 2000 Mountain Creek Parkway, Dallas, Texas 75211. Mary was born on April 8, 1924, in Carthage, Texas to Robert and Jewel Miller. She was the oldest of four children. Her family moved to Fort Worth around 1928, where she attended Alice E. Carlson Elementary, William P. McLean Junior High, and graduated from R. L. Paschal High School in 1941. In September 1941, she entered Texas Christian University. While attending TCU, she met a young airman, Eddie C. Schmidt, on a blind date. They were married on February 12, 1944, and she graduated from TCU a few months later. Eddie and Mary moved several times due to Eddie's assignments with the Air Force. Her first child, Eddie Charles, was born in Shreveport, Louisiana, the second, Terry, was born in Fort Worth, Texas, and the third, Mitzi, was born in Roswell, New Mexico. She worked as an elementary school teacher when possible. Her main occupation was taking care of her three children and husband. She was active in the Methodist Church, and loved traveling with family and friends. She was a beloved wife, mother and grandmother. Mary was preceded in death by her loving husband of 64 years, Eddie; her brother, Bob Miller; and her sister, Betty Stephens. Survivors: Son, Eddie C. Schmidt II, of Houston, TX; daughter, Terry Schmidt Paschich, and her husband, Ron, of El Paso, TX; and daughter, Mitzi Schmidt Moore, and her husband, Jim, of Arlington, TX; grandchildren: Charles Tristan Schmidt of Portland, OR; Sheena M. Moore of Mansfield, TX, and Carson J. Moore of Arlington, TX; sister, Margaret M. Liggett of Watauga, TX; and numerous other loving family members. Wade Family Funeral Home 817-274-9233