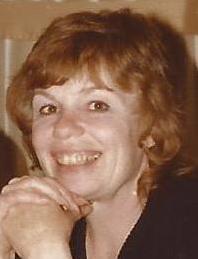 GRANBURY -- Mary Margaret Ann Feazell, 77, passed away on Tuesday, May 20, 2014 in Houston. Funeral: 2:00 p.m. Tuesday at Wade Family Funeral Home Chapel, 4140 W. Pioneer Parkway, Arlington; Interment: Old Crowley Cemetery, Crowley. Memorials: In lieu of flowers, donations can be made in Mary's name to Golden Gloves Youth Center, 1040 N. Henderson, Ft. Worth, TX 76107. Mary was born on December 12, 1936 in Morris, IL. to John & Margaret O'Brien. She attended Texas Tech University where she met and married her husband of 58 years, Ron Feazell. Mary began training working dogs in 1958. In 1974, she started a small kennel and went on to compete in US, Canada and Bermuda. She was the founding president of the Dallas Fort Worth Labrador Retriever Club where she held various positions. She spent over 30 years in Labrador education and is a member of the Judges Education Committee for the national organization. Mary was also very involved with the Golden Gloves where she was a judge at the regional, state and national level for 17 years. Mary was preceded in death by her parents; son, Tad Feazell; brother, Tommy O'Brien; and brother-in-law, Parker Feazell. Survivors: She is survived by her husband, Ron Feazell; son, Tod Feazell & wife, Tina; grandsons, Clay & Cody Feazell; 2 sister-in-laws, Laverne Peacock and Lucille O'Brien; and several nieces and nephews. Wade Family Funeral Home Arlington, 817-274-9233