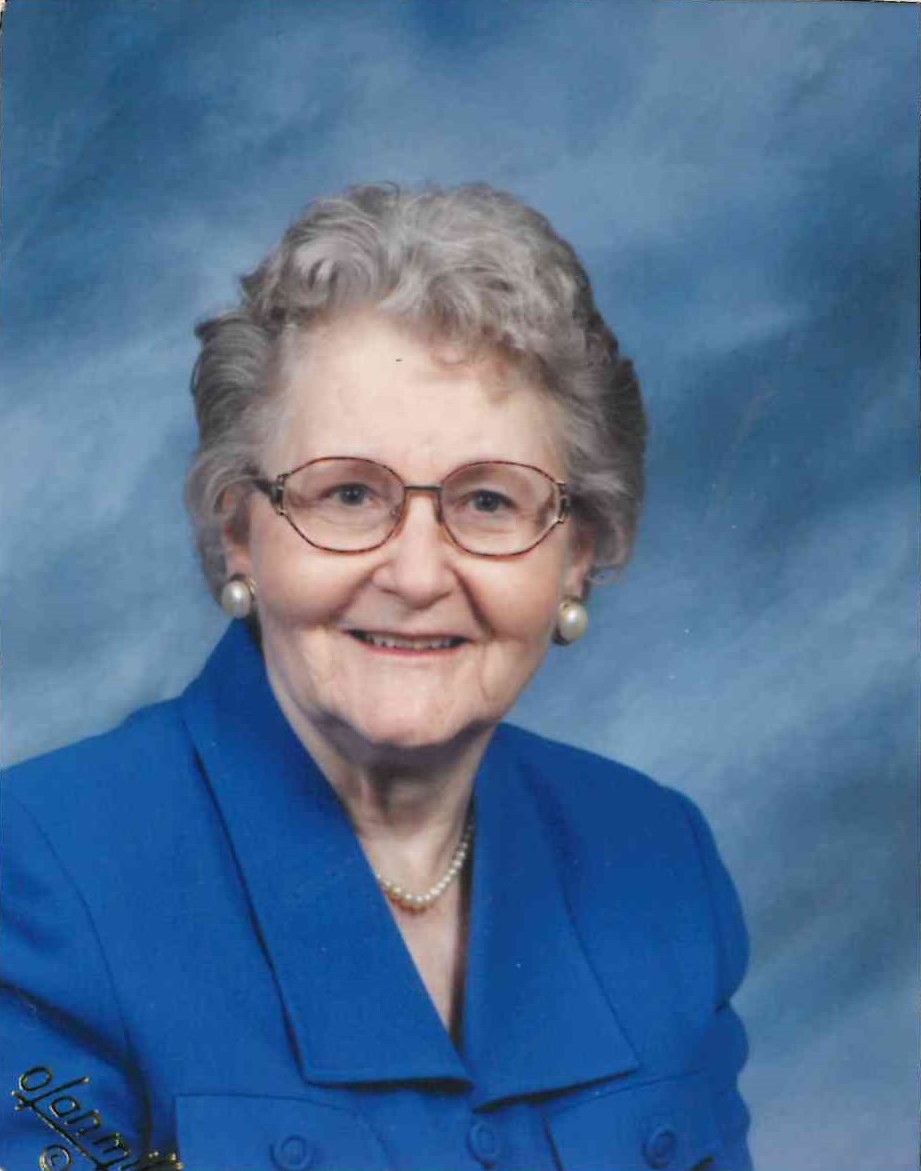 Mary Frances Hennigan passed away into the loving arms of her Lord and Savior at the age of 103 at her home on Sunday, March 6, 2022.
Frances will be laid to rest at a graveside service at the City Cemetery in Sterling City, Texas on March 18, 2022, at 1:00 p.m. She was a true child of God and of West Texas and is being returned to the land she loved.
She was the daughter of John Olen Aiken and Addie Belle Davis Aiken and was born on January 22, 1919, in Sweetwater, Texas. She graduated from Sterling City High School in 1935 and continued her education at John Tarleton Agricultural College before graduating from the University of Texas in 1939 with a Bachelor of Arts degree in Education. She taught school in several West Texas towns, primarily in Odessa, for over thirty years retiring in 1981. She was a dedicated teacher who always gave her very best to her students.
Frances was married to Harvey L. Hennigan on June 6, 1943, in Eagle Pass, Texas and they were married almost 51 years prior to his death in 1994. She was a loving daughter, wife, mother, grandmother and great grandmother. She enjoyed nothing more than being with her boys and their families. Frances had a deep and abiding interest in her family history and spent many years researching the history of not only her family but also her husband’s. Our family has lost its greatest conduit to its past.
Frances was preceded in death by her parents; her brother, Edwin Aiken; nephews, Ed Aiken and Don Aiken as well as many dear cousins.
She is survived by her sons, Jerome Hennigan and wife, Kim, of Arlington, Texas; Timothy Hennigan of Denver, Colorado; Michael Hennigan and wife, Michelle, of Seguin, Texas; Mark Hennigan and wife, Jill, of San Antonio, Texas. She is also survived by grandchildren, Stacey Young, Scott Hennigan, Elizabeth Hennigan, Austin Hennigan, David Hennigan, Sandi Patterson, Brooks Hennigan, Jessica Saenz, Stephanie West, Ashley Swanston, Scott McClure, Richard Prince, Austin Prince, Dalton Prince and 19 great grandchildren, as well as extended family and dear friends.
The family is also grateful to Community Hospice of Texas, in particular Traci, Melanie, Joy and Misha, for their dedicated, loving and compassionate care of our mother. Last, but most important, there are no words sufficient to thank our sister-in law Michelle. She knows why.