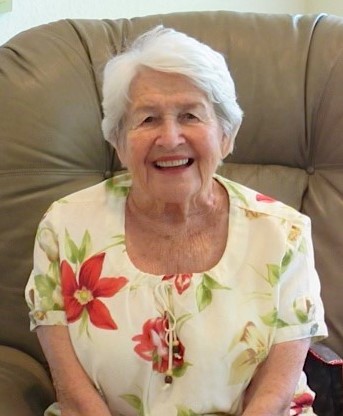 Mary Elizabeth White Scott (August 23, 1934-March 29, 2022) passed away peacefully at home in Arlington, Texas. Mary cared deeply for and constantly supported those around her, as a child in Brownwood, as a wife to Conner, as a mother of four by age 25, as a grandmother to seven and great-grandmother of six, and as a longtime volunteer at Arlington Urban Ministries.

A friend to everyone, she loved community, sports, and games, and through the years could be found on the Wimbledon tennis courts, the Shady Valley links, the Martha’s Vineyard bridge tables, and youth sporting events all across the Metroplex. She was both a strong-willed, independent woman with a mind of her own and a fiercely loyal wife and mother, with a knack for asking disarming questions that could convince without intimidation or aggression.

A lover of the arts and intellectually curious to the end, she was an avid reader, a writer of heartfelt letters, and a consistent theatergoer. She completed her bachelor’s of English at UT-Arlington once her children were in elementary school, and once retired, she and Conner frequently traveled in both the U.S. and Europe. Her deep empathy brought insight into people and cultures, and throughout her life, she read dozens of books each year. She had hundreds of friends across Dallas-Ft. Worth and avidly kept up with her beloved local community both via Facebook and the Ft. Worth Star-Telegram.

Donations in her memory can be made to Arlington Urban Ministries.  A celebration of her life is scheduled for April 16 from 2-4pm at Shady Valley Country Club in Arlington.