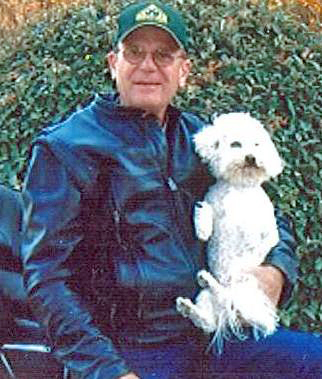 PANTEGO -- Chief Mark David Kelsey, 65, passed away Sunday, Nov. 16, 2014, in Fort Worth. Funeral Mass: 10 a.m. Saturday at Most Blessed Sacrament Church, 2100 N. Davis Drive, Arlington. Interment: at a later date in Arlington National Cemetery, Arlington, Va. Visitation: 5 to 8 p.m. Friday at Wade Family Funeral Home, 4140 W. Pioneer Parkway, Arlington. Memorials: In lieu of flowers, memorial gifts may be made in Mark's name to Snowball Express or Freedom Angel Foundation. Mark was born Nov. 29, 1948, in Hartford, Conn., to Nathaniel Grant Kelsey and Grayce Harvey Kelsey. He served in the U.S. Army and Air Force. He received a master's degree in science. An Arlington resident since 1988, Mark was a member of Most Blessed Sacrament Catholic Church. He retired from American Airlines as a supervisor in weight and balance planning in 2004. In 2006, he was mobilized on active duty with the Army where he served as a casualty notification/casualty assistance officer at Fort Hood until his retirement in July 2010. During Mark's 33-year career in the U.S. Army Reserves, he was honored with many awards and special recognition. In 2007, he was named as an honorable mention in the "Army Times" Soldier of the Year competition for his work in the casualty field. In 2008, Mark was presented with The Ancient Order of St. Christopher award for his distinguished career in the Transportation Corps. Gov. Rick Perry recognized Mark's work in 2009 with surviving family members in the North Texas area and commissioned him an admiral in the Texas Navy. Prior to joining the advisory board, Mark served on the Snowball Express board of directors as the volunteer coordinator. Mark served as a mediator with ESGR (Employer Support of the Guard and Reserve). He served as a director with Freedom Angel Foundation, a charity to support special needs of our returning veterans. He was a proud member of the Patriot Guard Riders of North Texas, worked on lowering his handicap at Rolling Hills Golf Club, was on the board of directors of the Eagle Mountain Classic Boat Club and served as the commander of the Chester W. Nimitz Squadron of the Texas Navy. Mark was preceded in death by his parents; and a sister, Pat. Survivors: Wife of 26 years, Michele; daughter, Molly; a host of relatives and friends; and his beloved Bichon, Kirby. Wade Family Funeral Home Arlington, 817-274-9233