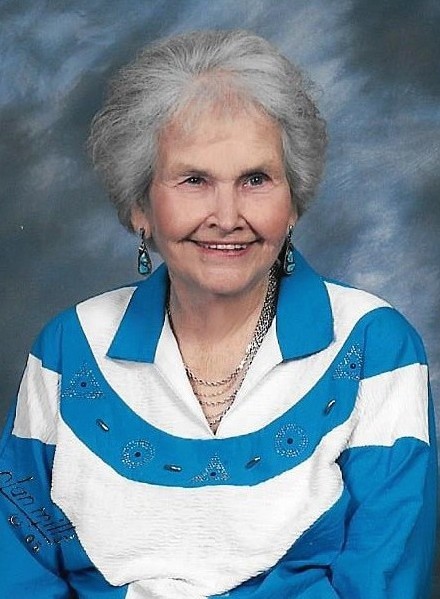 MANSFIELD -- Leona McGuire went to be with our Lord on Friday, Aug. 21, 2015, at the age of 94. Funeral: 2 p.m. Tuesday at Woods Chapel Baptist Church, 2424 California Lane, Arlington. Interment: Moore Memorial Gardens, Arlington. Visitation: 6 to 8 p.m. Monday at Wade Family Funeral Home, 4140 West Pioneer Parkway, Arlington. Leona was born on April 12, 1921, to Henry and Bessie James. She graduated from Bogota High School in 1939. Later she moved with her family to Grand Prairie where she met her future husband. She married Ermel McGuire on June 10, 1944. They moved to the Johnson Station area of Arlington where their children grew up. In 1973 they moved to Mansfield. Leona worked as a substitute teacher for the Arlington ISD for several years and later worked full time as a library aide at Roark Elementary where she retired in 1986 after 18 years of full-time service. She and her husband were active members of Woods Chapel Baptist Church for most of her adult life. She served as a teacher and a choir member for many years. After her retirement from the Arlington ISD, she did volunteer work at Kindred Hospital in Mansfield. She enjoyed being with her family and seeing her grandchildren and great-grandchildren grow up. Leona was known by her friends, neighbors and family as a very sweet and loving person who will be missed by them all. Leona was preceded in death by Ermel, her husband of 59 years; and her siblings, Wilburn James, Thelma Moore and Dorothy Chapman. Survivors: Son, Bernard McGuire and his wife, Ila, of Rendon; daughters, Patricia Morris and Debbie Potts of Mansfield; grandchildren, Tracey Hadaway and husband, Jeff, of Dallas, Angela Walraven and husband, Eric, of Grand Prairie, Jana Atkins and husband, Sean, of Southlake, Chris Morris and wife, Christine, of Mansfield, Scott Morris and wife, Marcia, of Mansfield. She is also survived by great-grandchildren, Brittany, Michael, Megan, Emily, Amanda, Matthew, Luke, Clay, SJ, Connor, Natalie, Abigail and Olivia. Wade Family Funeral Home Arlington, 817-274-9233