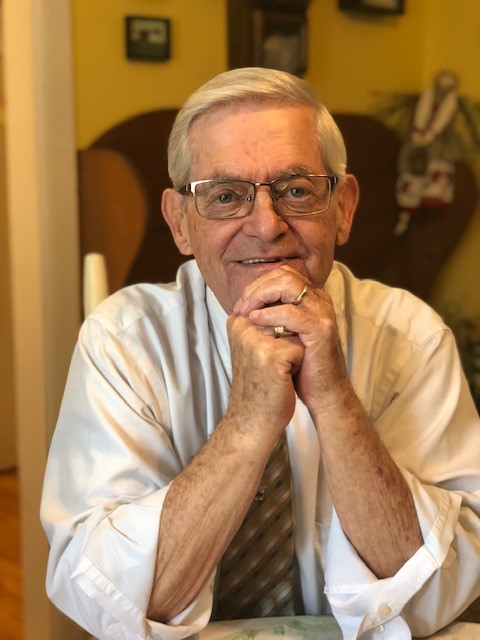 Larry Kent Rice passed away on Wednesday, July 6, 2022, just shy of his 79th birthday, at his home in Arlington, Texas.

Larry was born to Al and Dixie Rice on July 9, 1943, in Dallas. The family soon relocated to McCamey, where Larry and his brother and sisters enjoyed growing up with small town values among the oil fields and tumbleweeds of West Texas. Following his 1961 graduation, Larry headed to California for a two week visit with family. The trip turned into an 11 month stay that he would always fondly remember.

Returning to Texas, he bought a1963 Chevy Impala and managed to impress Kathleen Tims, who he described as “the prettiest girl I had ever seen.” The two married in 1964, had three children and later enjoyed the blessing of four grandchildren. They were married for 57 years.

Larry’s career included work with Shell Pipeline, and sales with a home improvement company. But his love of the Lord led him to obtain a degree from Sunset School of Preaching in 1977. He served as a gospel preacher and then as an elder at the Brown Trail Church of Christ. He considered being an elder “the greatest honor he had ever had.”

Larry was known for his sense of humor and silly antics. Each Christmas brought new “bowhead” photos of him, and he was never to shy to dress up, cross his eyes, or otherwise ham it up for the camera. He had a cadre of sayings that never failed to entertain. “You’re welcome like a hair in a biscuit,” or “I’m pretty good, but mostly pretty,” were a few favorites. He was a Dallas Cowboy and Texas Rangers fan, but often observed, “Never trust a baseball player named Elvis!” He brought his fun spirit to his favorite role as Poppie to his grandkids.

A hunter and fisherman, Larry could easily dress game and then cook something delicious. His cooking/grilling skills and ability to create amazing meals, were well-known and appreciated by his family. His creativity also extended to painting, writing poetry, and creating tiny works of art using organic materials from the yard and tiny household items.

Larry was preceded in death by his beloved wife, Kathie, and his parents.

He is survived by his children, Shana Yelverton and her husband Trey, Kassie Orr and her husband Eric, and Shane Rice, and treasured grandchildren Chance Orr, Caleb Orr, Elizabeth Yelverton, and Alex Yelverton. Also, brother Gary Rice and his wife Cynthia, sister Valerie Dean, sister Kimberly Kemp and her husband Kayo, and sister Shelley Raney and her husband Roy. He will be remembered fondly by many other precious family members and friends.