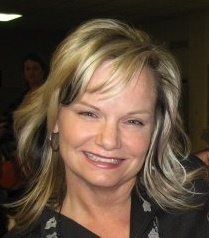 ARLINGTON -- Larissa Ann Easley-Kelly joined her mother and father, Leila and Bob Francis, in heaven on Friday, Jan. 31, 2014. Memorial service: 2 p.m. Saturday, Feb. 8, at First Congregational United Church of Christ, 4201 Trail Lake Drive, Fort Worth. A reception will follow. Flowers may be delivered to the church starting on Friday, Feb. 7. Memorials: Contributions may be made to the First Congregational United Church or to the donor's favorite charity. Larissa was from Colorado and was born Dec. 16, 1968. She graduated from Canon City High School, Canon City, Colo., in 1986 and then entered the Air Force where she served honorably from 1986-1996 as an air-launched cruise missile systems maintenance specialist. She served in support of Operation Desert Shield and Operation Desert Storm. Her outstanding service was recognized by the award of the following Air Force decorations and medals: Air Force Commendation Medal, Air Force Outstanding Unit Award, Air Force Good Conduct Medal, National Defense Service Medal, Air Force Longevity Service Award Ribbon, Non-Commissioned Officer Professional Military Education Medal, and and Air Force Military Training Ribbon. Larissa separated from the Air Force in 1996 and continued to live in Fort Worth. After her military service, she served in several positions, next as a postal worker, later as the manager of Salon Moda in Fort Worth and currently she was the owner and director of the Hilltop Montessori School that is collocated with the First Congregational United Church. Larissa was an amazing woman and was loved by all who knew her. Her love for family and friends was immense and knew no bounds. A true nurturer, her passion centered around her school, the children, and her staff. She was extremely selfless, and the safety, health and welfare of all of them was her number one priority. Her staff, the children of the school and their families were all Larissa's family. She had a huge love for animals and her heart and home always had room for one more, none in need were ever turned away. Survivors: Larissa is survived by her husband, Jerry Moore; her brothers, David and Steve Rowell; stepdaughter, Talia Kelly; best friend of 28 years, Cindy Rainey; and former husband and dear friend, Dennis Easley. Wade Family Funeral Home Arlington, 817-274-9233 View and sign guestbook at www.star-telegram.com/obituaries