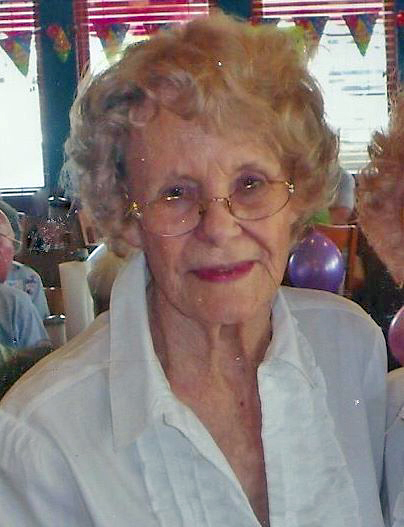 ARLINGTON -- June Ruth Vaught, 93, went to be with the Lord on Monday, April 4, 2016, with her family by her side. Funeral: 10 a.m. Friday at Wade Family Funeral Home, 4140 W. Pioneer Pkwy., Arlington, the Rev. Charles Clary officiating. Interment: Moore Memorial Gardens, Arlington. Visitation: 6 to 8 p.m. Thursday at the funeral home. June was born in Venus on March 21, 1923, to Paul and Myrtle Odom. She was the oldest of eight children. June married Pat Vaught in 1949 in Fort Worth and they were married until his death in 2013. An Arlington resident for the past 60 years, she was a longtime member of Tate Springs Baptist Church. June had a deep love for her family and was a devoted wife and mother. She had special love for her grandchildren and great-grandchildren. June was preceded in death by her husband, Pat Vaught; parents, Paul and Myrtle Odom; sisters, Evelyn, Addie and Mary; and brother, Bob. Survivors: Her sister, Sammie Locklin; brothers, Paul Jr. and Jack Odom; sons, John Vaught and wife, Jennifer, and Jack Vaught and wife, Rene; grandchildren, Rachel Vaught Kilgore, James Vaught and wife, Melissa, Julie Vaught and Brian Vaught; great-grandchildren, Ty, Jackson, Ella, Stone and Slaten; and numerous nephews, nieces and friends. Wade Family Funeral Home Arlington, 817-274-9233