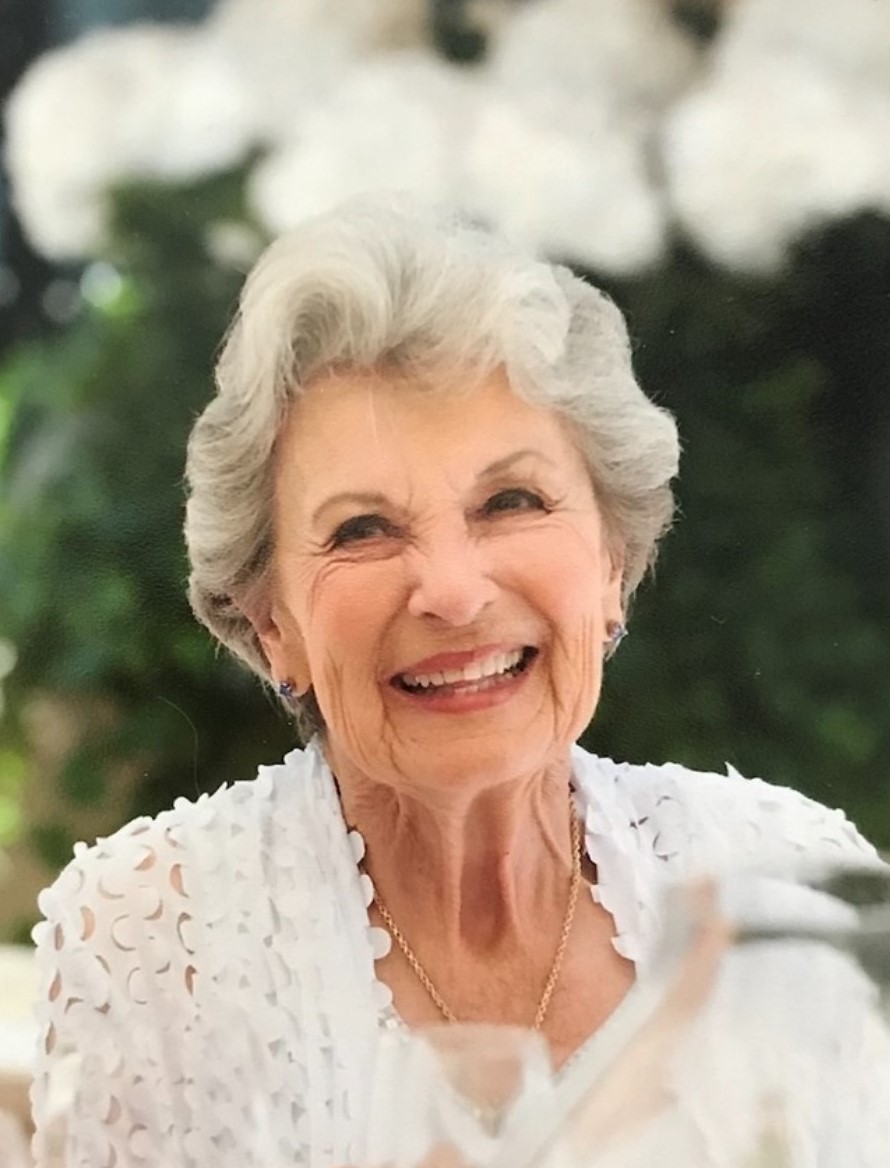 Juanita Phillips Ashworth slipped peacefully into the Lord’s hands September 25, 2022, while at home. She was 92 years old.

Juanita was born to Evelyn and Clarence Sibley in Dallas, Texas October 25, 1929. She graduated from Sunset High School where she met her future husband, Glynn Phillips.  After attending college for 2 years, where she was elected Texas Tech Beauty Queen, Juanita married Glynn and they settled in Arlington.

Blessed with a large and loving family, Juanita devoted her time and energy to running the household, and was actively involved in the PTA, the Arlington Women’s Club, and a group of Bridge friends she would cherish for life.

Juanita and Glynn moved to Austin in 1974 where Juanita became active in St. David’s Auxiliary, and volunteered at Onion Creek Country Club for their many tournaments. After 10 years, the couple moved to Trophy Club and Juanita began a new career as secretary for Trophy Club Baptist Church, while also taking care of her mother, who lived with them for the rest of her life. Upon Glynn’s passing in 1997, Juanita moved back to Arlington to be near family and friends.  In 2002 God blessed Juanita with marriage to Judge Clyde Robert Ashworth.  They enjoyed hosting many large family gatherings, holidays, and weddings through the years.  Clyde passed away at their home in 2010.

Juanita lived the rest of her days on Park Row Court in Pantego close to family and friends.  Her life was full of loving kindness and grace.  A stranger to no one. Juanita was a shining example to her children and grandchildren, as well as their children and grandchildren.  She was admired by all for her giving and selfless character, stunning beauty, and witty personality.

The family would like to thank Velda Hunter, Georgia Hartman, Jewel Coleman, and Fidellia Nana for their devotion, loving, and prayerful care these past years.

We praise our Father in Heaven for giving Juanita to us all.  The Saints who preceded her, welcomed her with open arms… and God said, “Well done, good and faithful servant.”