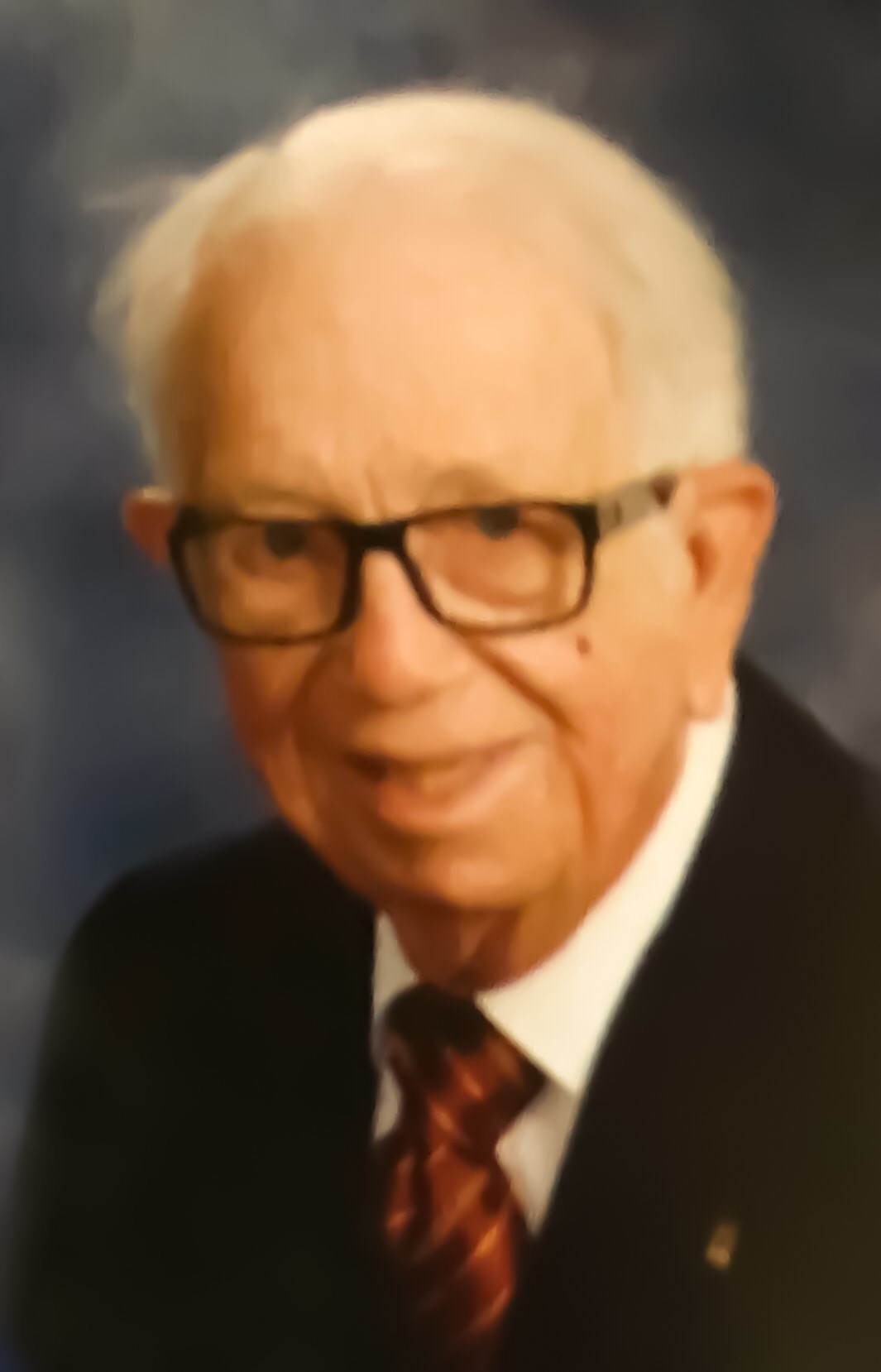 Joseph Gaylor Halpin Jr., 92, passed away peacefully Friday, September 17, 2021 surrounded by all five of his daughters. Funeral Mass: 12 p.m. Thursday, September 23, at St. Maria Goretti Catholic Church, 1200 S. Davis Drive, Arlington. Visitation: 10:30-11:30 a.m. prior to the service at the church, with a rosary beginning at 11:30 a.m. Funeral Mass will be live-streamed by Wade Family Funeral Home on facebook.com. If attending in person, wearing a mask would be appreciated. Joe was born on January 26, 1929 in Kansas City, Missouri to Joseph Gaylor Halpin Sr. and Rosetta Burke Halpin. He graduated from Rockhurst College in 1950 with a Bachelor's degree in Biology-Chemistry. Joe joined the Air Force and completed the Aviation Cadet program as a Navigator in March 1952, serving in the Korean War on over 50 combat missions. He met his future wife, Rosina Baumgartner, during his B-26 training at Langley Air Force Base, Virginia. He and Rosie were married in December 1953 in Atchison, Kansas. Joe completed his active duty in 1955, and went on to earn a Mechanical Engineering degree from the University of Kansas in Lawrence, Kansas two years later. After graduation, he was hired by Chance Vought (LTV, now Lockheed Martin) in Grand Prairie. Joe and Rosie moved to Arlington in 1958 and were blessed with five daughters, Zina, Mary Eileen, Karen, Melanie and Peggy. Joe concluded his Air Force career (4 years active duty and 18 years in the reserves) in 1989 as a Lieutenant Colonel. He retired from Vought Corporation in 1990, after working for 33 years as an aerospace engineer. Joe's sense of adventure led him to a part-time career as a tour guide with Dan Dipert Tours from 1990-2000. He played in seniors' volleyball, softball and golf leagues throughout most of his retirement. He was a tour guide at Cowboy Stadium (now AT&T Stadium) in its inaugural year. Joe enjoyed greeting travelers as an Ambassador at DFW Airport for over 20 years where he was known as the "unofficial Mayor" of the DFW Ambassadors. Joe and Rosie joined St. Maria Goretti Catholic Church in 1958, and he was a lector at the church for 50+ years. He was active in the SMG CCD (Religious Education) program in the 70s. He and Rosie also enjoyed participation in the SMG Leisure Club, hosting many social gatherings over the years. Joe dearly loved his family, including many "sixth" daughters (you know who you are). Joe and Rosie were married for 64 years before her passing in July of 2018, and he could tell you exactly how many days since he gave her a final goodbye kiss (over 1,000). Grandpa Joe was a constant presence at all his grandkids' sporting events, orchestra concerts, plays and other activities. Grandpa Joe was the patriarch of the Halpin family and took that position seriously by leading all the family gatherings, celebrations and birthdays in prayers. Joe was preceded in death by his parents, Joseph and Rosetta Halpin; sister, Mary Catherine Hale; stillborn grandson, Anthony Joseph DelPrincipe; and wife, Rosina (Rosie) Baumgartner Halpin. Survivors: Joe is survived by his daughter, Rosina (Zina) Juroch and husband Joe, daughter, Mary Eileen DelPrincipe and husband Joe, Karen Halpin (of Martinez, CA), Melanie Jo Milone and husband Bob, Peggy Faber and husband Rob (of Vancouver, WA) and grandchildren Josh Juroch, Kristen Rosina Ellis and husband Will, Katherine Juroch, Joey DelPrincipe, Vince DelPrincipe and wife Denise, Dominic DelPrincipe, Victor DelPrincipe, Ricky DelPrincipe, Luke Milone, Jackson Milone, Maggie Faber and husband, Matt Beman, Robbie Faber and Jenny Faber, and step-granddaughter Lorenza Stolle and husband Joe (of La Cygne, KS), great grandchildren Kinsley Rosina, Karley Jo and Cade Ellis, Sofia and Louie DelPrincipe, and Natalia Rose DelPrincipe, and step-great grandchildren Bella, Matthew and Ryan Stolle and a host of family and friends. Memorials: In lieu of flowers, memorial gifts may be made to St. Maria Goretti Catholic Church.