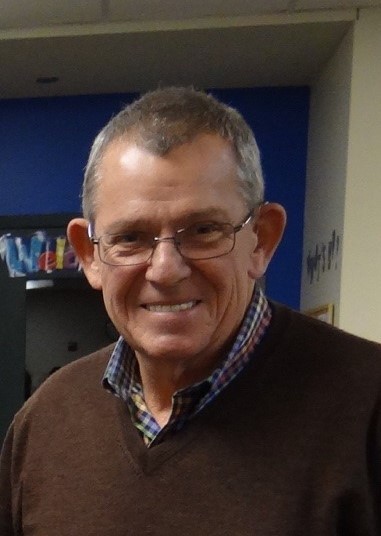 John William Richardson passed away at the age of 78 at his home in Arlington, Texas on Thursday, November 19, 2020. A private memorial service will be held in Saint Alban's Anglican Parish, Arlington, Texas on Friday, November 27, 2020 at 2:00 pm, by The Reverend Joseph Francis. Interment will follow in Saint Alban's Anglican Parish Columbarium. The family suggests that memorials may be made to Saint Alban's Anglican Parish, www.saintalbans.org/give, 911 S. Davis, Arlington,Texas 76013. John W. “Bill” Richardson was born on February 20, 1942 in Birmingham, Alabama to John Tal “Tex” and Irene Richardson. Bill graduated from Ensley High school in Birmingham, Alabama in 1960. He attended college at the University of Mississippi “Ole Miss”, graduating first in his class with a degree in mechanical engineering in 1964. Following graduation Bill served as a Lieutenant in the United States Navy from 1966 to 1970 and is a veteran of the Vietnam war. Bill began his career at Texas Instruments in Dallas during which time he completed his MBA at Southern Methodist University in 1973. Bill went on to work at Motorola and the Thomas group. In 1987, Bill began his career at Alcon Laboratories, where he made noteworthy contributions to manufacturing and operations all while creating strong and successful relationships with all those around him. After 21 years of service Bill retired from Alcon as Vice President of Surgical Manufacturing in 2008. Bill married the love of his life, Sandra Kay Clement, on June 11, 1966. They enjoyed a beautiful life together traveling and spending time with family and friends. Bill's greatest legacy was his family, his marriage to Sandra, his children, Noni and John and especially his grandchildren. Bill was a devoted father and grandfather, dedicated to teaching his children and grandchildren a love of learning, curiosity, hard work, and compassion and care for others. Bill is remembered fondly as brilliant, joyful, funny, big hearted, strong and adventurous. He will be celebrated in memories of exciting stories, teaching a lesson, trips together and always fixing and building things. Bill had a deep faith and love of God. He crafted beautiful blessings for holidays and celebrations. He generously gave both his time and treasure to his church, Saint Alban's Anglican Parish, in Arlington, Texas, serving as the Finance Treasurer for over 15 years. Bill is preceded in death by his parents John Tal “Tex” and Irene Richardson. He is survived by his wife Sandra, his daughter Noni and her sons Zane and Brant, his son John and his wife Natalie and their children Lauren and Cole, his brothers and their wives Phillip and Linda Richardson and Richard and Mary Richardson. Wade Family Funeral Home 817-274-9233