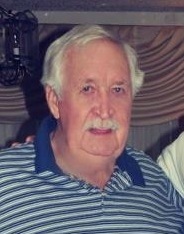 FORT WORTH -- John Henry "Sonny" Jenson Jr., 79, passed away Thursday, Oct. 23, 2014, in Fort Worth. Funeral: 2 p.m. Monday at Coolidge Cemetery Chapel in Coolidge. Burial: will follow. Visitation: 3 to 5 p.m. Sunday at Wade Family Funeral Home Hubbard, 201 N.W. 3rd St., Hubbard. John was born Dec. 12, 1934, in Coolidge to John Henry Jenson Sr. and Ruth Bailey Jenson. He grew up in Coolidge and was a 1953 graduate of Coolidge High School. John married his high school sweetheart, Peggy Kay, in 1959. Sonny proudly served his country and retired after 20 years of service with U.S. Air Force. During his military career, John served on the Paris Peace Conference which earned him the Meritorious Service Medal for his contributions. John had been a resident of Fort Worth since 1971 and was a member of the Masonic Lodge in Prairie Hill for the past 50 years. He was preceded in death by his parents and a baby daughter. Survivors: Wife of 55 years, Peggy Jenson; daughter, Jennifer Lyn Jameson and husband, Jeffery; sister, Nancy Ruth Welch and husband, Duane; grandchildren, Colton Feazell and wife, Liliana, Paige Feazell, and Jordan Jameson; great-grandchild, Parker Feazell; nephew, Chance Welch; and a host of family and friends.