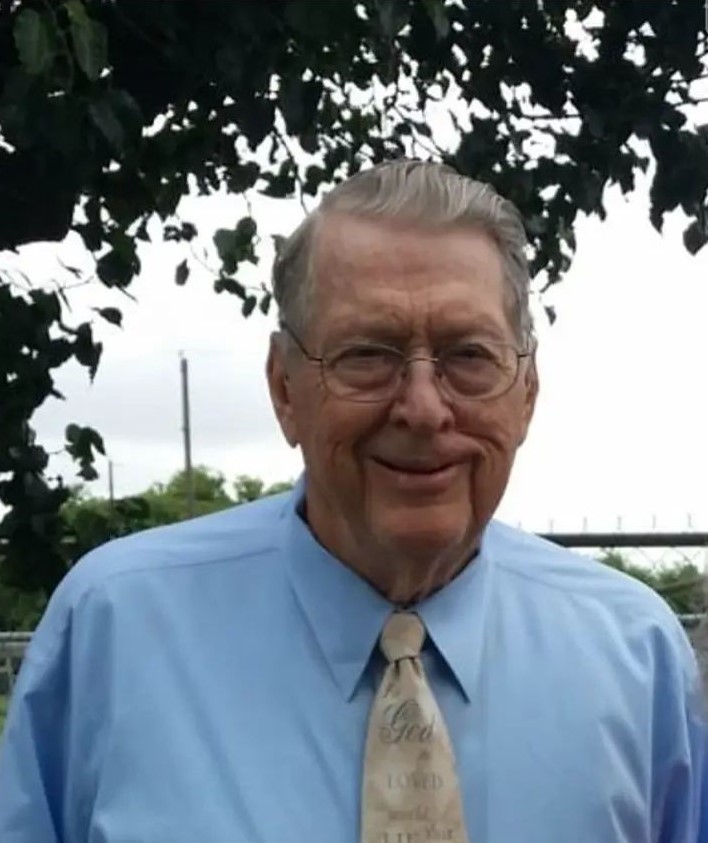 Heaven has gained another angel as our “Poppy” went home to be with his Lord and Savior. Mr. John E. Williams was born in Kennedale, Texas on June 23, 1930 to Mary Feddersen and David Williams. When as the eldest son he took care of his brothers and sisters when his father fell ill suddenly and dropped out of school to work making a living for them. He didn’t have an easy life but he loved the Lord and the Lord showed him favor. John served in the U.S. Marine Corp for 8 years. he met and married the love of his life, Margaret Smith in 1954. John and Margaret had a family and lived in California until 1970 when John decided to move “home” to Texas with his family. They joined Fielder Road Baptist Church where he and his family began to serve the Lord even becoming a deacon for over 20 years.
John started a home maintenance company, Williams Home Maintenance which he owned and operated until later in life when he retired to care for his wife. After Margaret’s passing in 2011, he married Gloria Smith and they lived life to the fullest until her passing of April of 2022. Over his 92 years of life John witnessed to others with a heart full of love and compassion he shared Gods love with anyone and everyone he met. Johns biggest legacy he leaves behind is teaching his children, grandchildren, and great grandchildren how to lean on the Lord and how to love others with the love of the Lord.
He was preceded in death by his Parents, Sisters: Freda Yando and Veda Gilson, Brother: Bern Williams, Wives: Margaret Williams and Gloria Williams and Son: Kenneth Williams.
Survivors: Sister: Sarah (Gene) Weiss, Brothers: Joe (Thelma) Williams, and Bennie (Diana) Williams, Daughter: Linda (Tim) Jaquess, Son: Ron(Deb) Williams, Grandchildren: Michelle Jaquess, Jamie Williams, Daryl Jaquess, Peyton Williams, Richard Waggoner, and Peyton Waggoner. Great Grandchildren: Grace, Owen, Carver, Sawyer, Everly, and baby Williams.