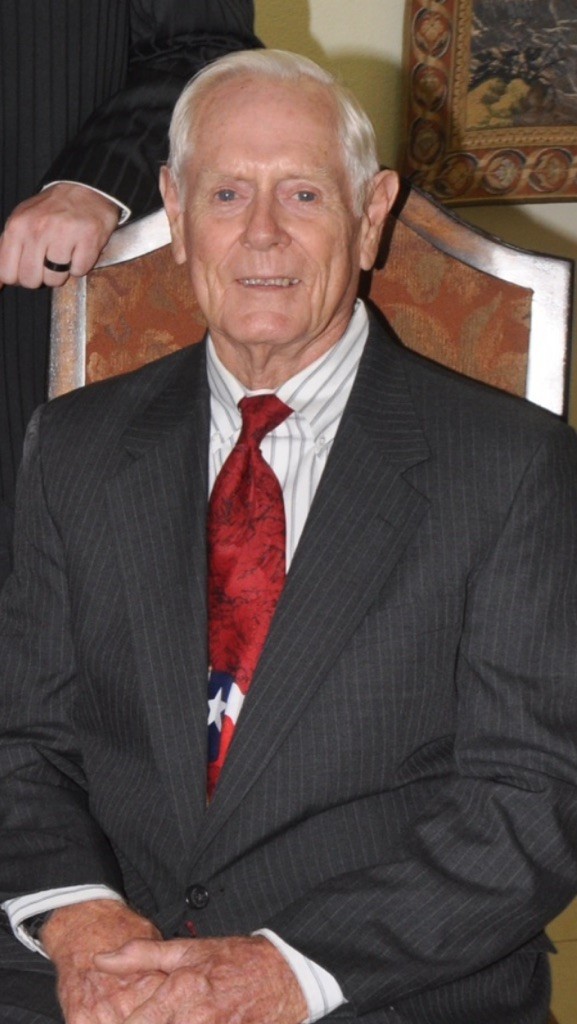 Joe Edward Schaefer, 85, passed away Monday, April 15, 2019. Memorial Service: 10 a.m. Saturday, May 4, 2019 at Arlington Sportsman's Club, 11500 County Road 525, Mansfield, TX 76063. Memorials: In Lieu of Flowers, donations may be made in memory of Bobby Hunt to Dallas Amputee, 1303 Green Meadow, Richardson, Texas 75081. (972)470-0505 or to the Charily of your Choice Joe Schaefer was born to Lola and Rudolph in the family farm house outside Cisco, Texas, June 27, 1933. He went to school in Cisco all the way through to Cisco Junior College. In the early 1950s Joe joined the United States Army and trained as a radar installation technician. After returning to Texas he attended the University of Texas in Austin where he graduated in 1960 with a degree in architectural engineering. Previously married to Eileen McNamara, from that union James was born in 1960 and Rita was born in 1962. Joe married Mary Kay in 1965. Mary Kay and children brought the family total to 8 with Bill, Bobby, Cheryl and Cookie. They celebrated their 53rd anniversary this past December. Joe worked as an engineer for Freese and Nichols Engineering as well as Texas Industries. By 1976 Joe's love of art brought a new career of bronze casting, which he had started four years earlier in the garage at their home, Schaefer Art Bronze then grew to a full-fledged business and is still in operation. After his family and the foundry, Joe's great love was for the outdoors, particularly hunting. While he especially loved hunting in Alaska and Africa, his adventures took him many places throughout North America. Joe was an active member of the Arlington Sportsman's club and served as club president 6 times. In the years that he was not president he served as a board member, director, or other capacity. Joe also served in various capacities for other state and local hunting and fishing organizations such as Patron of the NRA, Dallas Arm Collectors, Dallas Safari Club, Fort Worth Safari Club and North Texas Big Horn Society. Joe and Mary Kay and family built a log cabin in 1983 with an impressive collection of animals from around the world. Joe's loves were Mary Kay, his kids, grands, great-grands, dogs, friends, hunting, being a gun smith, foundry and the biggest smile on his face when he was called Papaw. He was preceded in death his parents; and his beloved son and his favorite hunting buddy, Bobby Hunt. Survivors: Wife, Mary Kay Schaefer; children, Bill Hunt and wife, LeeAnne, James Schaefer and wife, Melissa, Cheryl Ladd and husband, Tommy, Rita Lewis and husband, Kevin, and Cookie Rice and husband, Russell; brother, Gene Schaefer and wife, Doloris; sisters, Norma Harris and Gloria Moser; grandchildren, Brandy (Paul), Amanda (Trey), Ryan (Ashlee), Heather (Michael), Victoria, Preston (Roni), Patrick, Zane (Jessie), Eric, Christina, Jake, Matthew, Bo, Madison and Will; great-grandchildren, Emma, Web, Anslee, Jaxon, Mason and Jensen; and numerous other loved ones. Wade Family Funeral Home & Crematory 817-274-9233