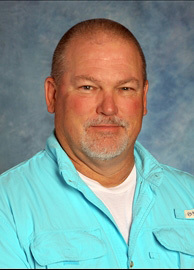 ARLINGTON -- Jimmy Ray Glasgow, 57, beloved husband, father, son and friend, passed away Saturday, April 11, 2015, in Arlington. Memorial service: 4 p.m. Wednesday at First Baptist Church, 301 S. Center St., Arlington. Memorials: In lieu of flowers, donations may be made to the Jimmy Glasgow Memorial Scholarship at his gofundme page, http://www.gofundme.com/ry5n7fk?fb_action_ids=10206733893814285&fb_action_types=og.shares&fb_ref=undefined Jimmy was a lifelong Arlington resident. He was a 1975 graduate of Arlington High School, and was involved in football, baseball, Young Life and Fellowship of Christian Athletes. He was proud of the fact that his dad played on the 1951 Arlington Colt Championship football team. Jimmy taught school for 20 years at Webb Elementary and later at Bowie High School. He had a passion for coaching youth sports, coaching football and select baseball for his son and others for over 20 years. He also umpired softball more than 30 years at the major level. An avid Texas Rangers fan, his play-by-play commentary will be greatly missed. He loved the outdoors and enjoyed fishing and bow hunting. Jimmy's favorite music was Texas Red Dirt and his favorite band was Little Feat. Jimmy was a loving and giving man who will be dearly missed. His children and his wife were the loves of his life. Jimmy's life centered around his own family, but he still found time to give to so many others. He was preceded in death by his mother, Mary Lou Glasgow, in 1996. Survivors: Wife of 25 years, Anne French Glasgow; daughter, Colby Fields; son, Jeffrey Ray Glasgow; father, Raymond Donald Glasgow; father-in-law, Bill French; mother-in-law, Betty B. French; brother-in-law, Ray French and wife, Julie; sister-in-law, Kathleen Fearka and husband, Rusty; numerous nieces and nephews; and a host of other family and friends. Wade Family Funeral Home Arlington, 817-274-9233